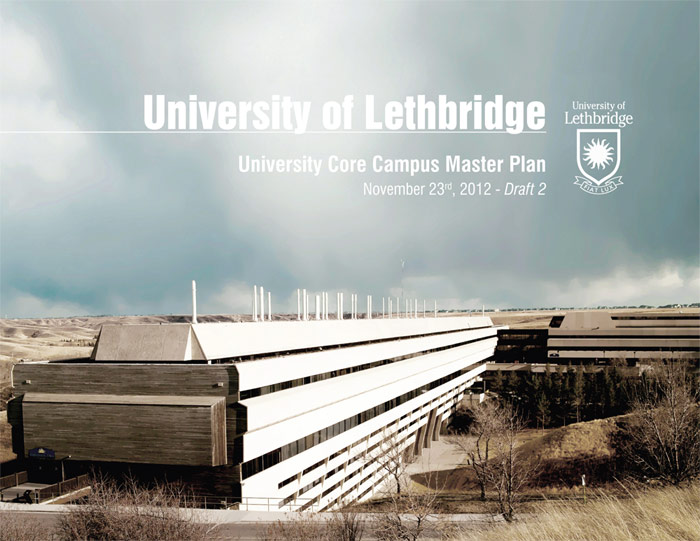 Two separate drafts of the formatted University Campus Master Plan have been prepared. The November 23rd Draft no. 2 was reviewed by Campus Planning & Architecture staff and senior leadership and has past the final stages of review. A general overview of the master plan vision was also presented to President's Executive in November. This version of the draft plan was also presented to the Board of Governors mid-December.

This second DRAFT version of the University Campus Master Plan is now available in a low resolution format. The document continues to be refined and edited for minor technical corrections in advance of publishing and set to be released in its final form to leadership and the general public by late January, 2013.