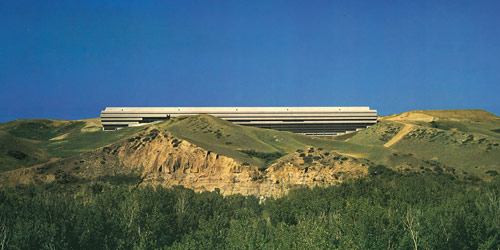 The site matter was showy and dramatic, but also brought us together -- with equal contributions from students, faculty and administration. There was a greater confidence in University leadership; the students certainly broke out of any apathy that existed; the faculty saw some hope for the development of a place where they could truly profess their disciplines.

Soon after its establishment in January 1967, the Board of Governors began a search for a site for the university that was separate from its original location on the college property. After examining other sites, architect Arthur Erickson was instrumental in convincing the Board of the great potential of the west side location in addition to the growing support and encouragement of the City, the Chamber of Commerce and many others.

It was a process that reflected the university community’s determination to be independent. A move to a west-side location donated by the city of Lethbridge – without any commitment from the government -- was proposed, and garnered significant support.

In fact, a number of groups -- on campus and off -- were so committed to the idea of developing the west-side site that a plan was initially hatched to hold the first Convocation on the proposed location, which was then completely vacant farmland.

Logistical difficulties precluded that from taking place, so a more traditional convocation was held at Southminster United Church, but was followed by a most untraditional protest march to Galt Gardens, where more than 500 convocation participants marched, in caps and gowns, to a rally held to draw attention to the need for a government commitment to the university’s proposed west-side site.

During our relatively short history, and in response to the anticipated growth of our University, several Campus Master Plans and guideline documents have been developed and revised.

Each of these planning efforts reflect the status of ambition or prevalent mindset of the institution at a particular time in the University's developmental past.

The time has come again to determine an appropriate and well considered conceptual plan for the physical evolution of the University's main campus.

As we embark the most extensive, comprehensive development plan the University has undertaken since the original west campus Development Plan occurred over 40 years ago, it is critical that we have an intimate understanding of our development history as we advance new plans for our campus. See RFP Section 2.13 Key Development Concerns.

Upon completion, our enhanced Campus Master Plan (2011) will effectively guide decision-making for the next decade, with minor updates to the plan occurring approximately every five years. It will also encompass a longer-term vision to the year 2036. 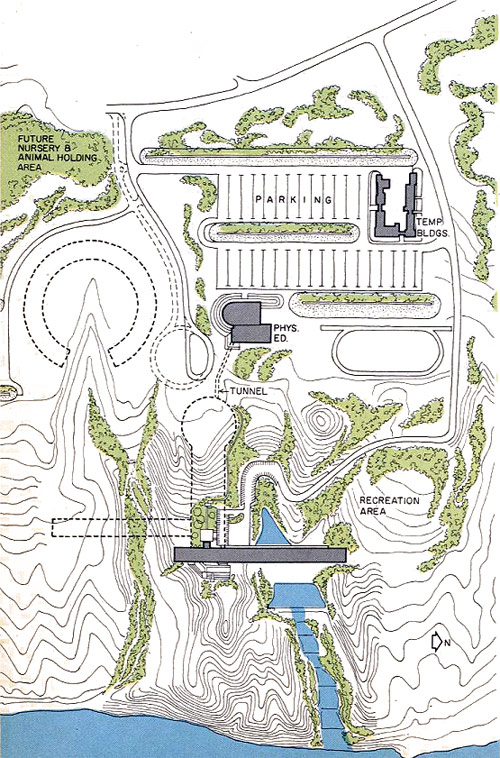 Conceptual drawing of the original Development Plan (1969) which appeared in Architectural Record, 1973. 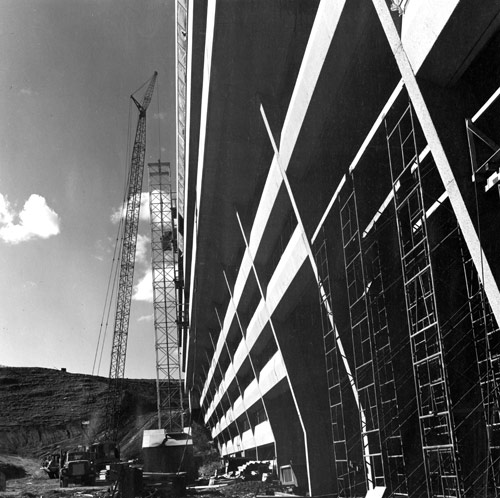 Construction view of the west side of University Hall taken near the breezeway.