In addition to your regular courses, you have the opportunity to participate in Independent Study. 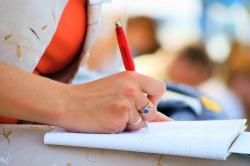 Independent Study may be elected as early as the second semester or as late as the last, depending upon the capability of the student for undertaking academic work with a minimum of guidance. Independent Study may take a variety of forms including library research, laboratory research projects or field study. Each Department provides detailed information on its available resources for support of Independent Study.

Admission to Independent Study is achieved through consent of the instructor, who agrees to guide the Study, and by approval of the Department and the Dean. Enrolment may be for a regular semester or during a Summer Session. Credit for Independent Study is at the discretion of the Department, upon recommendation of the instructor. Grades are due at the end of the term of registration, as for regular courses.

Since Independent Study is intended to expand a student’s program beyond the limits of the regular curriculum, it may not be used to duplicate course offerings.