Congratulations to Bryan Kolb who has been Invested into the Order of Canada!

On Friday, November 17, 2017, during a ceremony at Rideau Hall, Julie Payette, Governor General of Canada, invested 10 Officers (including  Dr. Bryan Kolb, a key member of the NSERC CREATE BIP team & University of Lethbridge neuroscientist), and 34 Members into the Order of Canada.  The Order of Canada was established in 1967 by Her Majesty Queen Elizabeth II to recognize outstanding achievement, community dedication, and service to the nation.  Bryan Kolb is regarded as one of the world's leading neuroscientists, and has been recognized for his work to increase understanding of the brain and brain development.  Kolb's primary interests are in brain development, brain plasticity, and brain changes over time, including after injury.

Workshops on Computational Methods in Neuroscience 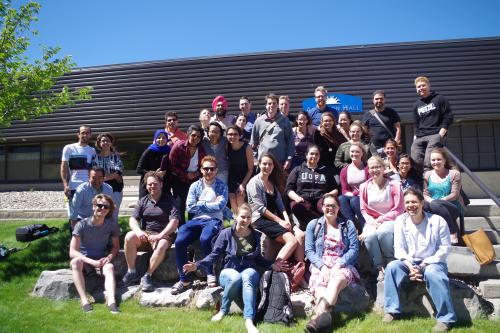 The 4th annual Introductory Workshop on Computational Methods in Neuroscience was held at the University of Lethbridge from May 31-June 9, 2017 in partnership with Campus Alberta Neuroscience, NSERC CREATE BIP, and the Canadian Centre for Behavioural Neuroscience (CCBN).  The workshop gave students an introduction to the theory and practical application of computational methods for the analysis of neurobiological data.  It was composed of lectures, hands-on use of key analysis methods in a computer lab, and a course project.  Instruction and exercises use MATLAB, the most commonly used data analysis and visualization tool for quantitative sciences.  The instructors and TAs provided support at every phase of the project, including selecting an appropriate topic, deciding on analyses, programming, and visualization. 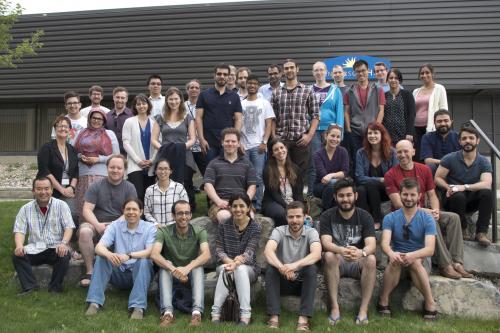 The 3rd annual Introductory Workshop on Computational Methods in Neuroscience was held at the University of Lethbridge from June 1-10, 2016 in partnership with Campus Alberta Neuroscience, NSERC CREATE BIP, and the Canadian Centre for Behavioural Neuroscience (CCBN).  A total of 28 students — including a record 21 from the University of Alberta and Calgary — took part in the 10-day workshop, which builds trainees' strengths in a variety of essential research methodologies.  Participants immediately recognised the impact.  "It gave me a foundation in computational  tools for analysis, and the talks and seminars also gave me valuable information in the field of neuroscience," said one student, noting "the workshop was integral in my undergraduate education."  Another credited learning about a wide range of methodologies for developing "a much better understanding of the scope and breadth of the field."

A new on-line course Advanced Online Workshop on Computational Methods in Neuroscience was also held from June 13 - July 29, 2016.  This online extension was developed in direct response to the participants' requests to continue to work with the instructor team on their projects, and to explore advanced topics in computational methods.

The 2nd annual Introductory Workshop on Computational Methods in Neuroscience was held at the University of Lethbridge, in partnership with Campus Alberta Neuroscience, NSERC CREATE BIP, NeuroInvestigations Inc., and the Canadian Centre for Behavioural Neuroscience (CCBN).  From June 10–19, 2015, 27 Alberta trainees — including one from Saskatchewan and three from the United States — gathered to learn cutting-edge computational data analysis approaches from some of Alberta's top researchers in the field.

The first annual Introductory Workshop on Computational Methods in Neuroscience was held at the University of Lethbridge, in partnership with Campus Alberta Neuroscience, NSERC CREATE BIP, and the Canadian Centre for Behavioural Neuroscience (CCBN) from June 11-20, 2014.

Dr. Gerlinde Metz, an NSERC CREATE BIP team member and University of Lethbridge neuroscientist, along with her team of researchers have received more than $1.1 million in funding from the Canadian Institutes of Health Research (CIHR) to conduct further research into prenatal stress and examine the role of fathers’ stress in preterm birth and newborn development.

Research evidence suggests prenatal stress is linked to adverse pregnancy outcomes, such as preterm birth, and that the negative consequences from prenatal stress can be passed from one generation to another. “This research funding will help us get closer to answers about the effects of prenatal stress and identify treatments that can improve and even reverse preterm birth risk,” says Metz. “About 15 million preterm babies are born every year and they can face increased health risks throughout their lives. This is a significant issue around the world.”

“We will identify mechanisms involved in how the brain translates stress to alter pregnancy health and identify markers of prenatal stress that translate to future human studies of risk assessment,” says Metz.

“Our goal is to develop new treatments that promote healthy futures for our children and next generations,” says Metz.

Congratulations to Our Collaborators Edvard and May-Britt Moser on their 2014 Nobel Prize in Physiology or Medicine!

Brain researchers and NSERC CREATE BIP team members, May-Britt Moser and Edvard Moser at NTNU's Kavli Institute for Systems Neuroscience received the 2014 Nobel Prize in Physiology or Medicine together with John O'Keefe of University College London. May-Britt and Edvard Moser discovered – in the medial entorhinal cortex, a region of the brain next to hippocampus – grid cells that provide the brain with an internal coordinate system essential for navigation.

More information is available on their Nobel Prize from their web site at: http://www.ntnu.edu/nobelprize2014.