The initial precinct plan conceptually developed after this report was for a Research Park facilitating the Life Sciences Building. Now known as the Centre for Behavioral Neuroscience (CCBN), this was the first construction project devised after the modified Anderson Hall model as applied to a laboratory research building. 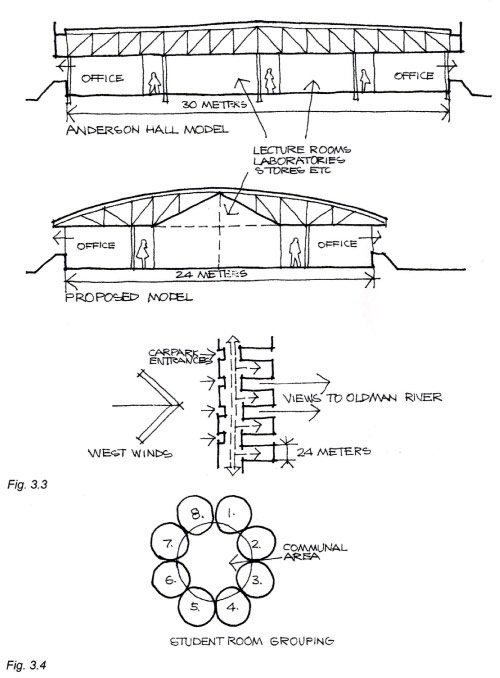 Figures above (taken from page 3.3 of the MPR): Prototypical building planning based on a modified Anderson Hall model executed en masse across campus in various configurations to provide interconnected academic, lab and other research buildings at low relative cost up high on the plateau. The Canadian Centre for Behavioural Neuroscience (CCBN) became the first example of this isolated development approach.