From 2011 to 2017, there was an annual residency and exchange partnership between the Royal Melbourne Institute of Technology's (RMIT) International Artist in Residency Program (iAIR) and the Gushul Studio Residency Program at the University of Lethbridge in Canada. This project connected Indigenous cultures and expanded ideas of Indigeneity. This residency exchange facilitated Indigenous artists - photographers, painters, filmmakers, video/audio artists, installation/digital artists - from each country to travel between the two countries to experience other places and ways of knowing.

The Gushul-RMIT artist residency was generously supported by the RMIT with an AUD$2000 stipend, as well as by the Canada Council for the Arts with a grant of CAD$3000 to assist with travel costs. 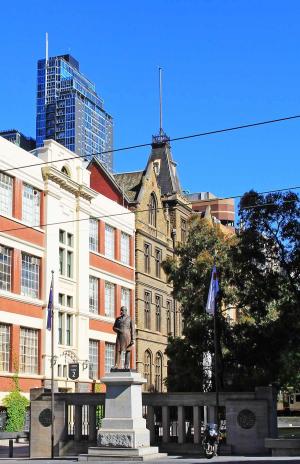 Through an outstanding education in art practice and theory, RMIT’s School of Art has established a reputation as one of Victoria’s top art schools. The school is committed to fostering a collaborative culture where students, artists, writers, academics, communities and arts organizations from around the world join to explore and lead this evolving and interdisciplinary field.

The iAIR program facilitates residencies in Australia for international artists and sends Australian artists overseas. The program was formed to contribute to the international focus of the School and to build links with innovative global artists and cultural organisations.

Questions regarding the residency exchange can be directed to Shawn Coburn at art@uleth.ca.

This partnership was made possible by the generous support of Canada Council for the Arts and RMIT University.

We acknowledge the support of the Canada Council for the Arts, which last year invested $157 million to bring the arts to Canadians throughout the country. 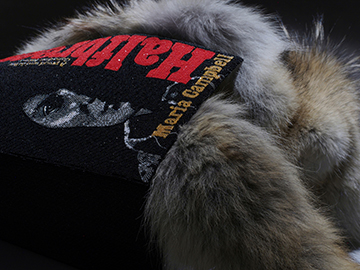 For the 2017 exchange, the committees selected Judy Anderson to travel across the Pacific Ocean for a residency.

Judy is a Cree artist from Gordon First Nation in southern Saskatchewan. Currently an Assistant Professor of Canadian Indigenous Studio Art at the University of Calgary, Judy’s work includes individual and collaborative projects in the form of installation, painting, graffiti, beadwork, hand-made paper, and three-dimensional pieces. In her words, her work is “deeply personal with a focus on issues of spirituality, family, graffiti and critiques of mainstream culture’s representations of Aboriginal people.”

With a BA in Native Studies and BFA in Painting from the University of Saskatchewan, and an MFA from the University of Regina, Judy has been exhibiting across western Canada since 2002. She participated in an international studio and curatorial residency in Brooklyn, NY, just last year, and spent Fall 2014 in England as a visiting scholar to the Princes School of Traditional Art. She has also been involved in over a dozen lectures, talks, and panels at schools and galleries, co-facilitated workshops and presented at conferences across Canada.

While in Melbourne, Judy will be continuing her work on “The Sole Project”, a collaborative collection of multi-media objects referring to shoes, feet or shoeboxes, for the purpose of honoring women that have left significant impact on her life: friends, teachers, and family. “I have created shoeboxes,” she writes, “that are really modern-day parfleche, the traditional rawhide carry case of Plains Indians. Using a multi-media approach I created these boxes to specifically represent each of the four women I selected and inside each box are collected and/or created items that represent the woman being honoured. As a result, each shoebox is an individual installation that uniquely represents the women I have chosen to honor.” With four pieces already completed, Judy is planning an additional three. 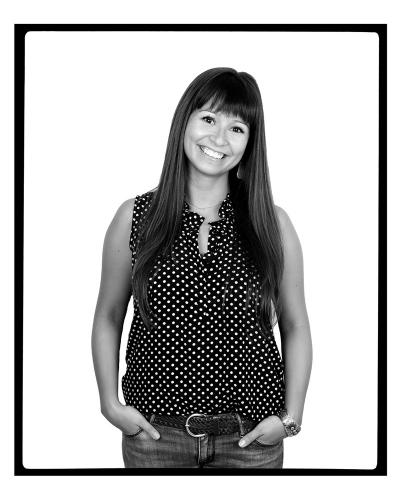 For the 2016 Exchange, the committees selected Rosalie Favell to travel to Melbourne for the RMIT residency and exhibition. A Métis (Cree and English) artist, Rosalie's work is photo-based and centred on issues of identity, inspired by her heritage. In her images, she draws from many sources, such as popular culture and family photographs, often using humour and ambiguity to articulate the complexity of Aboriginal identity. It is from this unique perspective that she maps the territory that Aboriginal artists must navigate in imaging themselves.

With a Bachelor of Applied Arts in Photographic Arts from Ryerson Polytechnical Institute and an MFA from the University of New Mexico, Rosalie has been exhibiting her work across Canada and the United States since 1985 and teaches at Discovery University in Ottawa. In Melbourne, Rosalie will be expanding her photographic series of Facing the Camera; a large document of Aboriginal artists derived from her desire to image her community. Her portraits of Aboriginal artists both local to and visiting the Melbourne area will focus on acknowledging the agency of the individual in bringing together in a conscious and unconscious way, the numerous cultural and personal factors through which the sense of self is expressed. 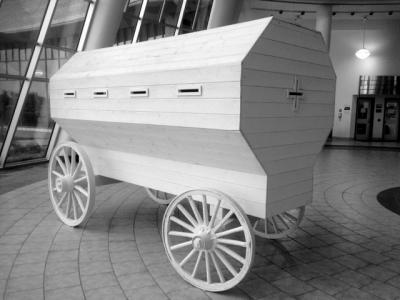 The University of Lethbridge welcomes Dr. Brett Graham for the Canadian leg of the 2016 exchange. Brett Graham is one of New Zealand's most exciting and accomplished sculptors, highly regarded for his ability to abstract complex historical and cultural ideas into formally strong and beautiful sculptural forms. Graham places strong emphasis on materiality and surface with the formal simplicity of his sculptural pieces and predominant use of wood and stone. Graham's work engages in a dual dialogue of Maori and European histories whilst adhering to the modernist emphasis on form and material quality. Although his works may not directly invoke Maori sculptural tradition, they nonetheless speak of that tradition in their titles and concept. His work is accessible at an aesthetic, personal and historical level, enabling both the object and viewer to occupy a common ground.

He has previously exhibited the Sydney and Venice Biennales, in the National Gallery of Canada, and recently completed a residency in Regina, Saskatchewan, and we look forward to seeing how he continues to explore the theme of 'settler culture' and its imacts on the First Nations and Metis people. 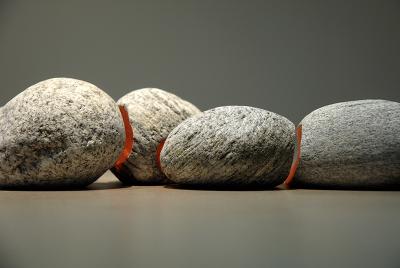 For the 2015 Exchange, the committees selected Michael Belmore (Ojibway) to travel to Melbourne for the residency and exhibition at RMIT. Michael Belmore was born in 1971 north of Thunder Bay and graduated with an A.O.C.A. in Sculpture/Installation from the Ontario College of Art in Toronto, Ontario in 1994. Belmore is of Ojibw heritage and currently lives in the Haliburton Highlands in Ontario. Since graduating from the Ontario College of Art Belmore has worked in a variety of media including plastics, metal, wood and photography. The materials used are an important key to understanding his work and bring into account how we view nature as commodity. For several years his work has evolved around our use of technology and how it has affected our relationship to the environment. A member of the Royal Canadian Academy of Arts, Belmore’s work is represented in the permanent collections of the Indian Art Centre in Hull, the McMichael Canadian Art Collection in Kleinberg, Thunder Bay Art Gallery, Agnes Etherington Art Gallery in Kingston, and in numerous private collections.

In Melbourne, Michael plans to continue his exploration of metal and copper sculpture methods to examine how we as a species view landscape. 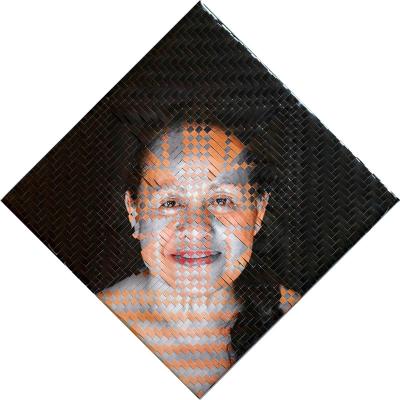 For the 2015 Exchange, the committees selected Kirsten Lyttle to travel to Canada to reside in the Gushul Studio. Kirsten Lyttle is Māori (tribe/ Iwi Waikato tribal affiliation is Ngaati Taghina, Tainui A Whiro) and Pakeha (white or European descent New Zealander) Australian multi-media artist specializing in photo media. Her work explores issues of post-colonialism, identity, consumerism, and the expression of Māori customary art (in particular, weaving) through digital technologies, such as photography, scanning, 3D printing, and cyber-space(s). Currently a PhD candidate, she completed a MFA with Distinction at RMIT in 2013, and has since exhibited internationally from Indonesia to Italy. While in Canada, Kirsten plans to engage with the Blackfoot and Blood Nation Elders and artists, to continue a project of woven photographic portraits of indigenous women with whom she has shared a cultural exchange of customary art practice. She also plans to research how digital technologies have interacted with or been adapted by aboriginal custom and history. 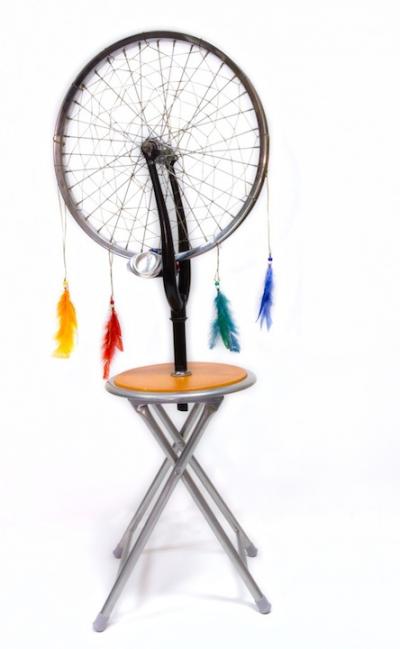 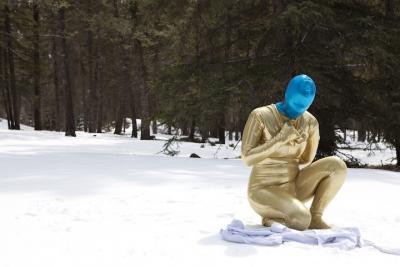 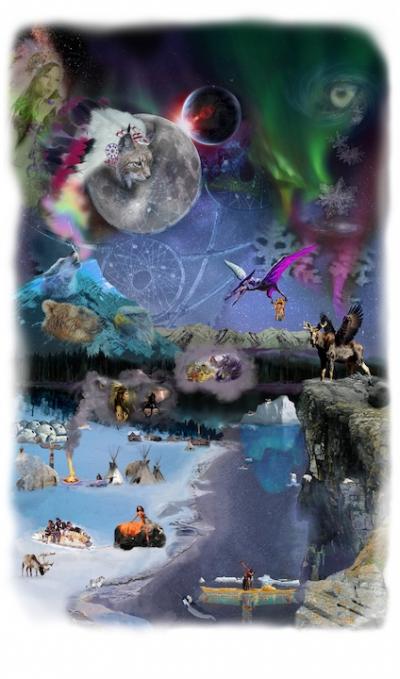 For the 2014 Exchange, Canadian collaborative duo Neon Kohkom were selected to travel to Melbourne for a residency and exhibition at RMIT. Amy Malbeuf (Michif/Métis) and Jordan Bennett (Miʼkmaq) work in performance, sculpture, installation, digital/new media, and Indigenous art forms, such as beading and caribou hair tufting. They involve the process of re-appropriating and reclaiming traditional and contemporary components of their respective cultures, to convey notions surrounding identity, tradition, spirituality, consumerism, and pop culture.

"Through our project and attending various other art events at RMIT and in Melbourne, we were able make many professional connections with students, staff, and general members of the arts community. Through this we engaged in dialogue surrounding issues of Indigeniety in contemporary art. This dialogue continued at our exhibition opening reception, which was well attended.
This program has enabled us to situate our art within an International understanding of Indigenous arts practice, giving us a broader perspective on the ways in which we view and produce our own art; which will resonate with us for years to come. This program has also had an immediate impact on our career. Through our exhibition at the RMIT Project Space gallery and our newfound network of Australian arts professionals, we were offered two more exhibitions in Melbourne from independent curators, scheduled for later this year." 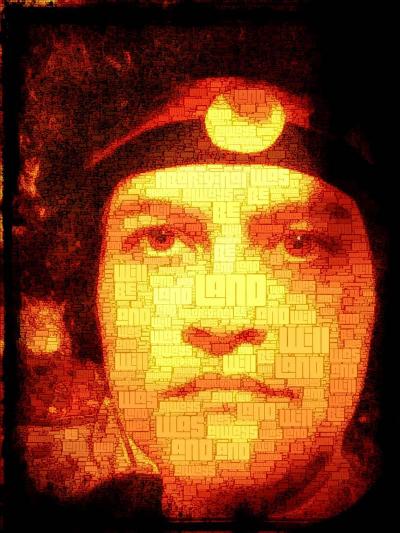 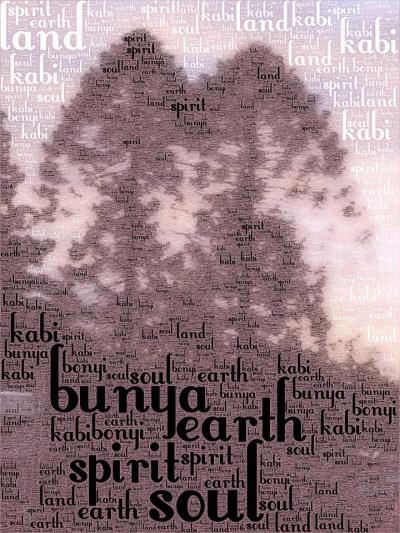 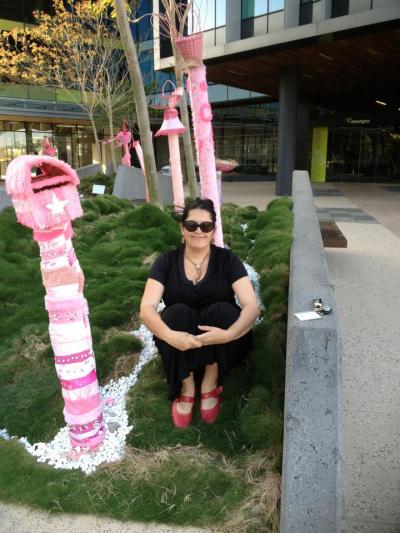 
Bianca Beetson (BAVA) is a Kabi Kabi (Sunshine Coast) Waradjuri (NSW) artist, and will be residing in the Gushul Studio for September and October of 2014. Bianca’s work is concerned with her individual identity as an indigenous Australian, as well as the identity of Australia as a nation in terms of its history and governance and it’s colonial construct. She is also a former member of the ProppaNOW aboriginal artists collective and currently works as a conveenor of Contemporary Indigenous Australian Art at the Queensland College of Art. Her time in Canada will focus on research and cultural exchange with the Blackfoot and Blood nations of Alberta, gaining a broader understanding of colonial history from a First Nations perspective, and furthering her doctorate studies on the politics and authenticity of skin. 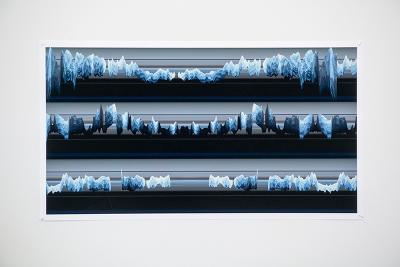 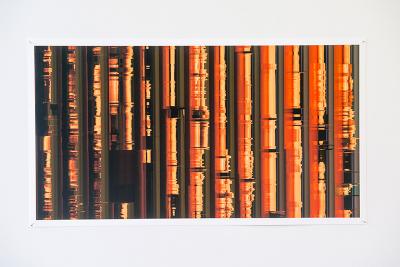 For the 2013 exchange, Canadian artist Scott Benesiinaabandan was selected to present his exhibition, Blood Memories, in the RMIT Project Space gallery. This project has emerged from research into interactive projection media, using processing programs and webcam technology to create fields of images that record and capture the physical space they inhabit. A slit-scan camera technique creates not only a still of a moment but a time-based image that captures space in a unique “time-smear” capturing both the space, time and movement within a singular customizable frame. 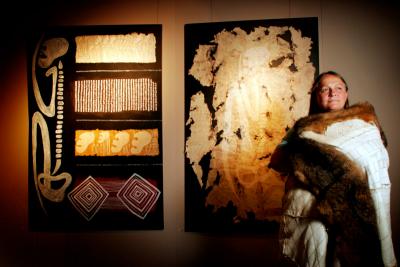 Australian artist Vicki Couzens (MA) was selected to come to Canada to reside in the Gushul Studio. Her project entails the collaborative creation of a Possum Skin Cloak with local Aboriginal artists from the Blood Tribe, Blackfoot Nation, in Blairmore, Southern Alberta. She participated in both the Art NOW (October 2 and 4) and Speaker Series (October 16) at the University of Lethbridge campus.