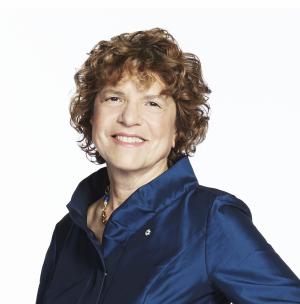 "The Lives of Writers"

In “The Lives of Writers,” Eleanor Wachtel, host of CBC Radio’s Writers and Company, will discuss the appetite for literary biography and how greater knowledge of a writer’s life affects the reader’s appreciation of a writer’s work. Drawing on her experience as host of Writers and Company, she will present specific instances of how writers reveal what is most important to them, as well as the way in which writers function as outside commentators on their own societies.

Eleanor Wachtel was born in Montreal and studied English at McGill University. She has been the host of CBC Radio’s Writers & Company since its inception in 1990, as well as the host of Wachtel on the Arts since 2007. Five books of her interviews have been published, including Random Illuminations, a book of reflections, correspondence and conversations with Carol Shields, which won the Independent Publisher Book Award. She has earned numerous accolades for her contributions to Canadian cultural life, including nine honorary degrees from universities across Canada and Officer of the Order of Canada. Kazuo Ishiguro, winner of the 2017 Nobel Prize for Literature, has called Wachtel “one of the finest interviewers of authors I’ve come across anywhere in the world.”