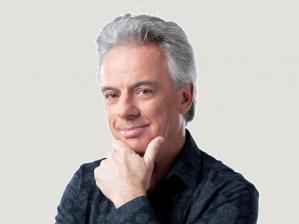 "What if everything we know is wrong?"

Loved by audiences across Canada for making complex scientific issues understandable, meaningful, and fun, Bob McDonald is in high demand. A fixture in broadcasting for more than 30 years, he is currently the host of CBC Radio’s Quirks & Quarks--the award-winning science program that is heard by 500,000 people each week--and is the author of numerous bestselling books.

In addition to hosting Quirks & Quarks, McDonald is a regular reporter for CBC TV’s The National and host of the children's series Head's Up. As a writer, he has authored four bestselling science books, and contributed to numerous textbooks, magazines, and newspapers (including The Globe and Mail). His latest book is Canadian Space Walkers: Hadfield, MacLean and Williams Remember the Ultimate High Adventure.

McDonald has been honoured for his outstanding contribution to the promotion of science within Canada. He is an Officer of the Order of Canada and a recipient of the Queens Jubilee Medal. “ He has been awarded the Michael Smith Award” from the Natural Sciences and Engineering Research Council, the “Sir Sanford Fleming Medal” from the Royal Canadian Institute, and the “McNeil Medal” from The Royal Society of Canada. He also won a 2008 Gemini Award for “Best Host in a Pre-School, Children’s or Youth Program or Series.”

FREE. Everyone welcome. Limited seating so arrive early. No RSVP. Parking is FREE after 5pm in E, F & FS lots (excludes all special permit and assigned stalls). Not familiar with campus? Check out our interactive map!