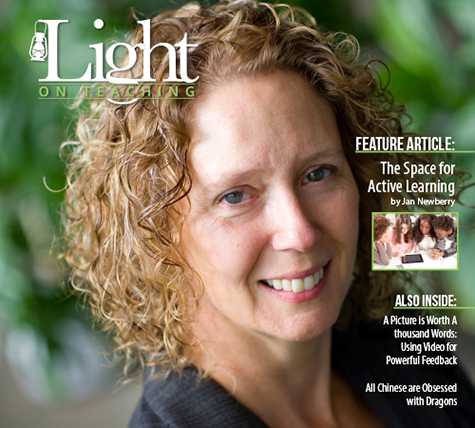 What has the Teaching Centre been doing?
by Brad Reamsbottom

Teaching: It's what we want to do
by Leanne Elias, Dan Johnson and Sheila McManus

FEATURE ARTICLE
The Space for Active Learning
by Jan Newberry

So What Exactly is SCALE-UP?
by Victoria Holec

All Chinese are Obsessed with Dragons: A conversation about team-teaching, authority and Liberal education
by D. Bruce MacKay & Kevin M. McGeough

The Educational Conundrum of Making Mistakes
by Mark Pijl Zieber

We also have other versions avaialble that can work with your computer, or your mobile device. Download from the service that best suits you and your device.