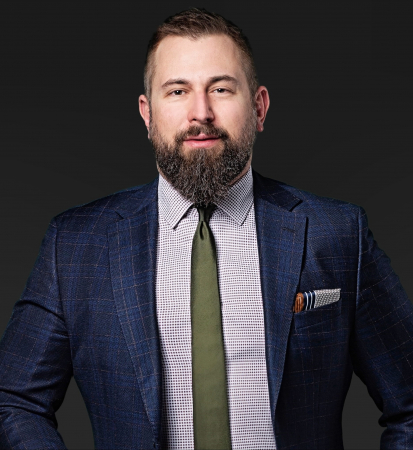 Kurt Schlachter (Stamiksiiitoohkitapoyii), B.Sc. (hon), J.D., ICD.D, was appointed as the 10th Chair of the Board of Governors at the University of Lethbridge on June 29, 2016.

Noted for his volunteerism, community service and commitment, Schlachter has served as a board member of the Community Foundation of Lethbridge and Southwestern Alberta, the Downtown Lethbridge Business Revitalization Zone, the Canadian Diabetes Association (Lethbridge Branch) and the Southern Alberta Epilepsy Association. Schlachter has also served on the U of L Senate, and in December 2015, was named one of Lethbridge’s Top 40 under 40 by the Lethbridge Chamber of Commerce.

Under his leadership, the Board has: overseen the construction of Science Commons – a $280 million state-of-the-art science and academic building; recently received funding to commence building the district heating and cooling energy plant, and worked through many challenges related to labour relations and executive compensation, significant budget reductions, and the on-going pandemic. .

In September 2017, as part of the University’s 50th anniversary Homecoming, Kurt was honoured to be given the traditional Blackfoot name, Stamiksiiitoohkitapoyii – Bull Buffalo Standing on the Hill, by the FMNI Chapter of the University of Lethbridge Alumni Association.

Kurt is a fourth generation Alberta who grew up on a family farm near Bow Island.  He is also a second-generation alumnus, as his mother Juanita Schlachter was one of the first graduates of the UofL.