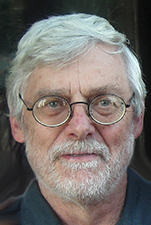 Jon H. Kaas is currently the Distinguished, Centennial Professor of Psychology at Vanderbilt University.  He received his Ph.D. in Psychology from Duke University and was a postdoctoral fellow and assistant professor in neurophysiology at the University of Wisconsin.  He has studied the brain for some 40 years.

Dr. Kaas has edited a number of books and journal volumes, including ones on brain evolution and on brain plasticity.  He is an author of over 400 research papers and reviews.  Honours include being elected to the National Academy of Sciences, the American Academy of Arts and Sciences, and receiving the Karl Spencer Lashley Award from the American Philosophical Society and the George A. Miller Award from the Cognitive Neuroscience Society in 2014.

Enjoy Dr. Kaas's talk from the 2012 National Academy of Sciences Sackler Colloquium below: