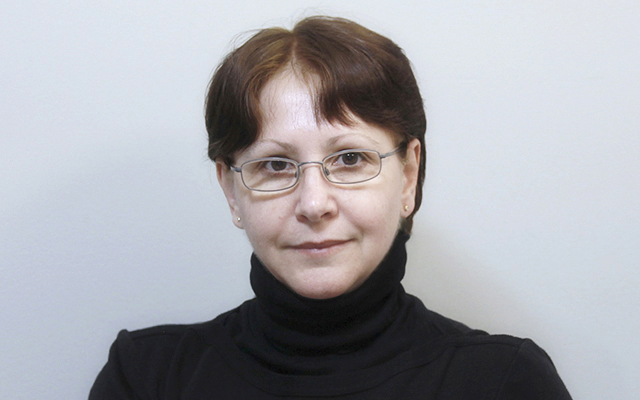 Daniela Sirbu is an Associate Professor of New Media at the University of Lethbridge, Alberta, Canada. Her research interests are essentially interdisciplinary at the confluence between new media, fine arts, architecture, systems engineering, and evolutionary computing. Most of her research was based on Canada Foundation for Innovation grants won as Principal Investigator and totaling $254,500. Her current research focus is in animation, computational systems for creativity in visual arts, 3D computer reconstruction of unbuilt architecture, 3D visualization, human movement, human perception and cognition, unconventional film forms and animation, interactive arts, and photography.

Before coming to the University of Lethbridge, Daniela worked for 6 years as animator, 3D modeler, and graphic designer in the video games industry. As an Artech Digital Entertainments artist she worked on contracts with Hasbro Interactive, Lucas Arts, Infogrames, and Sony Interactive and has credits on video games including Monopoly 2000, Monopoly Star Wars , Wheel of Fortune II, and My Little Pony. Among these video games, Monopoly Star Wars won the Software Publishers Award for "Best Use of Visual Arts in Multimedia."

Daniela also taught human and animal anatomy for artists, character design, 3D modeling and animation, acting for animation, and storyboarding for animation at the Ottawa School of Art. Teaching of these disciplines builds on many years of studio practice and continue to provide the grounds from which Daniela's current research evolves in her animation, in her general new media artistic practice, in her more traditional artistic practice, as well as in her research in computational systems for artificial creativity in visual arts.

Her work and research interests were previously centered on human-computer interfaces in visual arts creative processes, interdisciplinary methods in aesthetic education, and robotics.

Daniela won a 4-month research fellowship at the University of Barcelona, Faculty of Fine Arts, which was awarded by the Commission of the European Communities, PECO Program (Program for Economic Collaboration).