I left Lethbridge to take up graduate studies in London, Ont. and received my doctorate from the University of Western Ontario. I am currently a post-doctoral fellow in the Department of Electrical Engineering at Stanford University and I am researching the design, fabrication, and development of a new kind of Magnetic Resonance Imaging scanner for clinical human studies. Our goal is to achieve a machine that could be almost ten times cheaper than current MRI systems, while at the same time eliminating the scanner noise (MRI scanners are extremely loud when operating). The size and weight of the system would also be reduced, from upwards of ten tonnes to something more like a few hundred kilograms. I am currently entering the final stages of my post-doctoral fellowship (sponsored in part by the Canadian NSERC) and because of the good funding climate in Canada right now, there is an excellent chance I will be returning to Canada (and maybe Alberta) to continue my research. 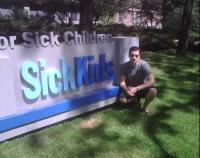 After finishing by BSc in Physics at the U of L in April of 2002, I started my PhD in Biomedical Engineering at the University of Alberta, where I worked in the In Vivo Nuclear Magnetic Resonance Centre. I successfully defended my thesis entitled "Diffusion Weighted Magnetic Resonance Spectroscopy of the Human Brain" in November 2007, and in January 2008 I started my Postdoctoral Fellowship at the Mouse Imaging Centre (MICe, www.mouseimaging.ca at the Hospital for Sick Children in Toronto, under the supervision of Dr. R. Mark Henkelman. My work At MICe involves extending the range of application of Magnetic Resonance Imaging to detect subtle neuroanatomical changes due to genetic manipulations in mouse models of human disease. I can be reached at jacob@phenogenomics.ca. 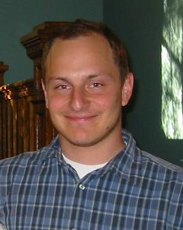 I very much enjoyed my undergraduate experience at the University of Lethbridge. During this time, Dr. Ken Vos forwarded the students an e-mail from a friend of his who was a medical physicist. I had never heard of the medical physics field before then, but after looking into it I applied and was accepted into the McGill MSc Medical Physics program in Montreal. The program runs two years. The first year was dedicated to classes and labs dealing with radiation therapy and medical imaging. For the second year, I chose a radiation-therapy based research project dealing with ionization dosimetry. In cancer clinics, air-filled ionization chambers are generally used to calibrate high-energy linear accelerators and to determine the absorbed radiation dose to a patient. These chambers have a low spatial resolution due to a large sensitive volume. They also have a high energy dependence over the clinical range of radiation beam energies. During my research, I studied a new ionization chamber that uses a dielectric liquid as a sensitive volume rather than air. Because of this, the volume can be much smaller and thus the spatial resolution is higher. Also, there is little energy dependence over the same clinical range. After my graduate work, I plan on working in a cancer centre as a junior medical physicist, where my duties will include treatment planning, linear accelerator calibration and commisioning, and various other responsibilities. After obtaining a M.Sc. in Medical Physics, many students continue their academic careers by obtaining a PhD Information about this field and graduate programs can be found at www.medphys.ca (Canadian Organization of Medical Physicists) and at www.aapm.org (American Association of Physicists in Medicine). Please feel free to contact me at elliottadam@hotmail.com as well.

Incidentally, three University of Lethbridge graduates with a BSc in Physics were accepted into the McGill MSc Medical Physics program in 2004 and 2005.

Currently, I am wrapping up a PhD from the University of Alberta in the Department of Electrical and Computer Engineering. For the past 6 years, I have been working in the Ultrafast Photonics and Nano-Optics Laboratory, where we study ultrafast phenomena: events that occur on picosecond and femtosecond timescales. My PhD thesis specifically involves the generation of ultrashort bursts of electrons using femtosecond laser pulses. Using collective oscillations (surface plasmon waves) that are excited with the ultrashort laser radiation, electrons can be accelerated to considerable energies in under 100 femtoseconds and within only a few hundred nanometers. This is important since these electrons can then be implemented to study ultrashort processes that occur on small spatial scales.

After I defend my thesis, I will pursue postdoctoral studies at the Max-Planck Institute for Biophysical Chemistry in Goettingen, Germany. In this setting, I will be researching new methods for nano-optical imaging of biological systems.

In my graduating year the economy in Alberta was very active and I was able to obtain employment immediately as a Geophysicist with a major oil company in Calgary. I learned a great deal that year and it set my interests on studies of the earth, Geophysics is a great multidisciplinary field in which one gets to use all of your skills in physics, mathematics, computation, and geology; and the U of L let me build a broad background that served my later studies and interests very well. After working for a year, I returned to studies in the PhD program at the Seismological Observatory at Caltech, a place where many famous geophysicists had been such as Richter who came up with the quantitative measure of earthquake sizes and Gutenberg who was one of the discover's of the earth's core. There I carried out high pressure shock wave research to determine the properties of minerals under extreme conditions and also worked on a new method to measure small displacements using optical interferometry. This latter project led me to a postdoc at Stanford University where I worked on a scientific drill rig near the San Andreas fault and studied the failure mechanisms in rock in the laboratory. I was very fortunate to return to Alberta in 1989 on the faculty of the Physics department of the University of Alberta in the Geophysics group there. The U of Alberta has been a good place to build a career and with the support there behind me I was promoted to a Tier 1 Canada Research Chair in rock physics in 2002. Since then I have built and experimental laboratory that focusses on issues in the field of rock physics and how the properties of rocks will influence geophysical observations. My group has carried out field research in nearly every part of Canada for mining, petroleum, and environmental problems. We work with many different geophysicists, geologists, engineers, and even fish and forestry biologists. Recently, we have carried out field work in the MacKenzie Delta of Canada for gas hydrate research and in Milan, Italy for ground water studies. In 2004, we anticipate work in Lake Bosumtwi, a million year old meteor impact site in Ghana. In my laboratory we carry out measurements of the physical properties of earth materials, and some recent results on wave propagation in fluid filled rocks is of great interest.

After leaving Lethbridge, I came to the University of Guelph to do nuclear and particle physics with John Simpson. After doing a master's thesis loosely connected to the experiments involving the 17keV neutrino, I continued on to start my PhD, this time working on the Sudbury Neutrino Observatory. Now, four years later, the experiment is finally up and running and producing good physics data.

Besides having a general interest in the Solar Neutrino Problem, and neutrino oscillation in general, my research has been focused on two specific areas in SNO. First, I've been developing a technique for reconstructing high-energy muons that pass through the SNO detector after passing through the 2 km of rock above, and I'm attempting to analyze this signal to extract useful physics about the cosmic rays that created them. Second, I've been developing a calibration source to go inside the SNO detector that acts as a generator of tagged 8-Lithium decays, which creates a beta spectrum which closely mimics the expected neutrino signal. In addition to these interests, I'm continuing to do service work for the collaboration (software development, detector shifts, etc), work occasionally as a teaching assistant, and I'm looking for a postdoctoral position from which I can continue my work with SNO. You may access my website at http://faculty.otterbein.edu/NTagg/ 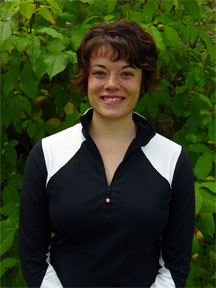 After finishing my BSc in physics at the U of L in December 2001 I moved to Saskatoon, Saskatchewan to start my MSc in physics at the University of Saskatchewan. I work in the Materials Research Group in Condensed Matter Physics, supervised by Dr. Alexander Moewes. In summer of 2003 I transferred to the PhD program and am planning on defending my thesis in spring of 2006. My research involves the study of the electronic properties of biomolecular materials. Specifically, I am investigating DNA and related biomaterials. These systems are interesting because they have properties that would allow them to be used in ‘molecular electronics’ (nanowires etc). Synchrotron-based spectroscopy is extremely sensitive to changes in the valence and conduction band states and therefore an ideal tool for materials research. I have done most of my experimental measurements for my research project at the Advanced Light Source synchrotron facility, located in Berkeley, California; however, more recently I have also been doing measurements at the Canadian Light Source synchrotron located here in Saskatoon. After I graduate from the U of S with my PhD I plan to continue with post-doc work for the next couple of years, staying involved in synchrotron experiments. You can reach me at janay.m@usask.ca.

U of L Alumni Relations

U of L Alumni Association