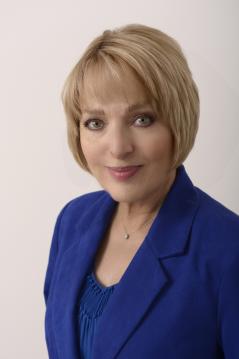 A passion for volunteerism has led Dory Rossiter to continually strive to make a difference in her community.

Dory Rossiter has been active with the University Senate commitee for the past six years. During that time she has participated in every Fall and Spring convocation, was elected chair of the Outreach Committee, and was instrumental in developing the "Meet Mike" events in which the University of Lethbridge President speaks about the institution with students in rural schools. She helped creat the "retired Senator Inclusion Strategy", whereby past Senators can still use their expertise to help promote the university and she spent eight months producing a video for the university, which highlights what it means to be a UofL Senator. Her latest challenge was spearheading a UofL Student Food Bank fundraiser in which she and her band performed at a cabaret evening with silent and live celebrity auctions, which raised thousands of dollars to help students. Through the breadth of her activities, Dory Rossiter has boosted the University's profile in Alberta and has made a positive difference in the quality of the institution.

Beyond the UofL, Dory Rossiter is committed to volunteer work in her community. She has volunteered with several organizations in Lethbridge, including Big Brothers and Big Sisters, the United Way Campaign *which she has chaired), the Interfaith Food Bank, the Schizophrenia society, Alzheimer Society, Canadian Cancer Society, Diabetes Association, Handicapped Riding Association, Humane Society, Epilepsy Association and many more. Other community volunteer work has included acting as the M.C. for the annual St. Michael's Havest Moon Ball, the annual community Foundation Dinner and many other fundraising events. she sits on the Galt Museum and Archives Board, the Multiple Sclerosis Board and over two dozen local committees. Over the years, she has served on twelve local boards, including the YWCA, which has named her as a Woman of Distinction and Volunteer of the Year, for her work to highlight women's issues. Dory Rossiter also helped plan a joint program between the UofL and Volunteer Lethbridge. This initiative, the Leaders of Tomorrow/UofL Scholarship Program, aims to connect the University to a broad range of volunteer communities.

Several awards have recognized Dory Rossiter's dedication to reporting on issues important in her community. She has twice received the Media Award for a series on safety for the Alberta Centre for Injury Control and Research, the National Environmental Citizenship Award, from the Minister of the Environment, for stories on envornmental issues, the Dr. G.R.A. Rice Memorial Award for Excellence in Media for her reporting on health issues in southern Alberta, the Premier's Provincial Media Award for reporting on the struggles and successes of those with physical challenges, the International Fire Fighters Media Award, from Washington, D.C., for her video productions on the challenges of Lethbridge fire fighters and the National Media Award from both the Schizophrenia Society and the Kidney Foundation. For her work related to environmental preservation, she won the Alberta Emerald Award, in the Individual Commitment Category. Dory Rossiter has received the Alberta Centennial Medal and the Queen's Diamond Jubilee Medal, the Governor General's Caring Canadian Award in recognition of her outstanding service to her community and she was named Lethbridge Citizen of the Year, for which she received her second "Key to the City". She received her first "Key to the City" after being named "Canada's Most Dependable Everyday Hero" for volunteerism. She took the $10,000 prize and donated it to ten local charities. At the Citizen of the Year celebration, Mayor Dodic joked that she now had the key to the fron AND back door of Lethbridge.