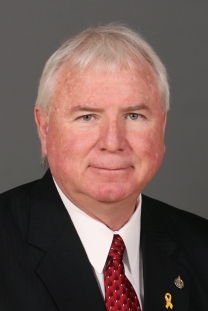 The Honourable Richard Casson was born in Calgary Alberta, later moving to Picture Butte to raise his children, Rodney and Richelle, along with wife Jeanene.  Rick served as Manager of the UofL Printing Services for almost 30 years.  He spent much of his career in politics, as town councillor of Picture Butte, then as Mayor, and finally representing Lethbridge as Member of Parliament from 1997-2011.  Rick appointed to Queen’s Privy Council by Stephen Harper in 2010 and received an Honorary Degree from the University of Lethbridge in 2013.

Rick’s daughter Richelle Marynowski is an Associate Professor in the Faculty of Education and is currently a Tier II Board of Governor’s Research Chair.