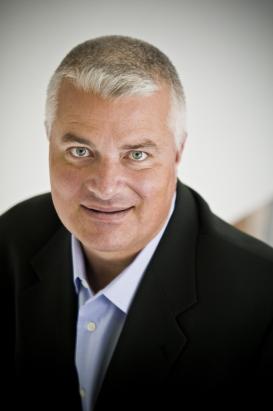 Daniel Douglas Laplante exemplifies the spirit of volunteerism and service to the University of Lethbridge.

Daniel Laplante's commitment to the University dates back many years. As president of the Students' Union, he served on the Board of Governors and Senate while completing a Bachelor of Management degree at the University. After leaving the institution to build a successful career, eventually becoming a president of Continental Oilfield Supply Canada, he returned to the University to serve on the Board of Governors for two tems as chair of the Advancement Committee, as well as several other Board committees.

In the wider community, Dan Laplate was co-founder of the Olympic Break-Cup Hockey Tournament, which has raised over $850,000 for Calgary-area charities. In 2005, the Minister of Advanced Education invited Daniel Laplante to serve on the Advisory Committee, which made recommendations to the Minister regarding the establishement of programming, structure, and regulations under the Access to the Future Fund, which, among other province-wide benefits, provides annual funds tot he University to match contributions by private donors.

His most recent volunteer commitment is of special note. In 2005, Board Chair Terry Royer and President Bill Cade asked Daniel Laplante to chair the Legacy of Leadership capital campaign. The campaign's goal was to raise $20 million by the end of 2007, twice the amount that any past University campaign has raised. Daniel Laplante dedicated himself to achieving this ambitious goal and devoted many hours to the campaign, working closely with the volunteers, the President, and the Office of University Advancement. Using his talents and connections, he gained access to corporate donors and individual philanthropists. Under his leadership, the Legacy of Leadership campaign raised over $35 million -- $15 million above the campaign goal and by far the largest amount ever raised by a fundraising inititative at the University of Lethbridge.

A person of exceptional qualities who exemplifies true volunteerism, Daniel Douglas Laplante is the very deserving recipient of the 2008 Senate Volunteer Award for volunteer work on behalf of the University of Lethbridge.