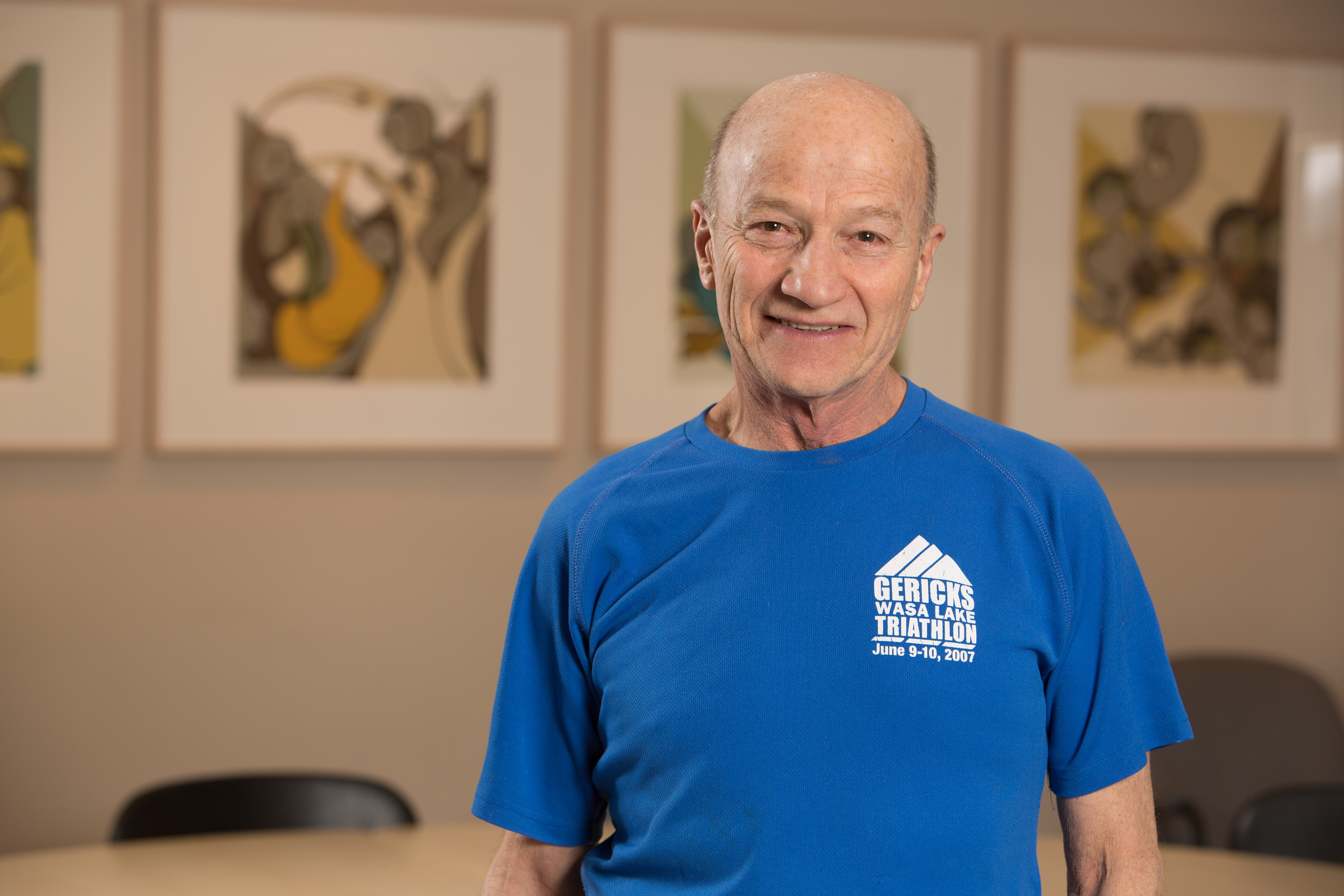 The Department of Indigenous Studies is saddened by the recent loss of Professor Donald Gene Frantz, Don to his friends, family, and colleagues, who passed away at the age of 87 on September 20, 2021.

Don was originally from Alameda, California. Before becoming a linguist, he was a member of the Coast Guard. He studied linguistics at Berkeley and was sponsored to do missionary translation work by the Wycliffe’s Summer Institute of Linguistics (SIL) program in Norman, Oklahoma. After he graduated from Berkeley with a BA in Linguistics in 1960, he was sent to northern Montana and Southern Alberta to work on the Blackfoot language. He moved with his wife Patricia (Patty) and daughter Lisa, first to the Blackfeet reservation in Browning, MT, and later to Siksika, Alberta, where they lived in Gleichen and later in Arrowwood, and where sons Tim and Jeff were born in the next few years. He graduated with a PhD in Linguistics from the University of Alberta in 1970.

In 1977 Don was hired to the new department of Native American Studies at the University of Lethbridge by Professor Leroy Littlebear. He was promoted to associate professor in 1989 and to full professor in 1990. He officially retired the next year, in 1991, but continued to teach courses in Blackfoot grammar until 2016.

Despite his emeritus status, he remained an active member of the department and could often be found in his office in the Department working on his dictionary and grammar projects. Other members of the university community would run into him in the gym, where he frequently came to train for one of his many triathlons. He was an accomplished triathlete who competed in more than 150 triathlons during his lifetime.

Don laid the groundwork upon which subsequent generations of Blackfoot scholars are building their efforts. His dissertation, published by SIL in 1971, became the foundation for the first and to date only modern grammar of the language (Blackfoot Grammar, University of Toronto Press, 1991, with updated editions in 2009 and 2017). His lexicographic work resulted in the publication, with Blackfoot co-author Norma Russell, of the Blackfoot Dictionary of stems, roots and affixes (also in three editions with UofT Press, in 1989, 1995 and 2017). Don generously donated his lexicographic database to serve as the initial building blocks for the Blackfoot Digital Dictionary (https://dictionary.blackfoot.atlas-ling.ca). A list of most of his publications on Blackfoot can be found at https://blackfoot.atlas-ling.ca/resources/.

In addition to his work on the grammar and the dictionary, Don also developed the first formal orthography for Blackfoot. His system was officially adopted by the Canadian Blackfoot Nation schoolboards in 1975, and is still the most commonly used writing system, although others also continue to be used.

Don’s principal scholarly contributions were in the field of Algonquian Studies, in particular through his lifelong work on the Blackfoot language, but he also worked on other languages, including Cheyenne and Southern Tiwa, and did some early theoretical work. He remained active in bible translation and other missionary language projects throughout his life. He was responsible for the production of the Blackfoot version of “The Jesus Film” into Blackfoot (https://www.jesusfilm.org/watch/jesus.html/blackfoot.html), which he considered one of his most important accomplishments. He did language-consulting work in New Mexico, Eastern Canada, Nigeria, and Cameroon. He also taught language development classes in Alaska and Peru. He regularly spent summers teaching at SIL back in Norman, and then in North Dakota when the program moved there.

Don was a quiet, unassuming, deeply religious man who was not much given to attending public events. He did not attend many academic conferences, but if you invited him personally he certainly would visit to present his work at smaller local venues. We miss him deeply. His personal and scholarly contributions will be remembered and continued in our own work.

The University of Lethbridge extends its sincere condolences to the family and friends of Louis Soop (BASc ’86), who passed away on Friday, March 16 at the age of 81.

Soop was a sessional instructor in Indigenous Studies for 20 years, beginning in January of 1996 and ending in December, 2016. He taught conversational Blackfoot at introductory and advanced levels.

“At the end of every semester, Louis would hold a potluck for his students; he cared deeply for them all and for their success. Those potlucks were very well attended,” says Dr. Henrie Beaulieu, a faculty member in Indigenous Studies. “Louis was a very caring, gentle, committed and giving person. He will be sorely missed both by students and his colleagues.”

Soop was known as a gifted storyteller, traditional dancer, singer and actor. A member of the sacred Horn Society, he also taught the Blackfoot language at Red Crow Community College and was a member of the college’s Eminent Scholar Program that recognizes elders with significant spiritual and cultural knowledge who contribute that knowledge to college programs. At the University of Calgary, Soop taught Blackfoot studies, art and language. An obituary can be found on the Legacy Funeral Home website. 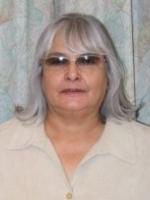 The University of Lethbridge extends its sincere condolences to the family and friends of former employee Marie Smallface Marule, who passed away on Dec. 31, 2014 at the age of 70 years.

Marule came to the University of Lethbridge in February 1976, beginning work as an associated professional officer in the Native Students' Association. Later that year, she transitioned to the role of academic assistant and in 1983 assumed the title of assistant professor. She retired from the U of L in June 1989 and went on to become president of Red Crow College.

A memorial service for Marule occurred on Saturday, Jan. 10, 2015 at the Senator Gladstone Hall, Blood Reserve at 1 p.m.

The following tribute article on Marule appeared in the Jan. 8, 2015 Lethbridge Herald.

A prominent Blood Tribe woman who paved the way for improvements in Aboriginal education passed away on Dec. 31. Marie Smallface Marule, former president of Red Crow College, died at the age of 70 on New Year’s Eve, leaving a vivid legacy as an educator and advocate for Aboriginal rights around the world.

Marule took on the world at the young age of 18, becoming involved in Blood Reserve politics and a member of the Indian Association of Alberta. She was the first woman from the Blood Reserve to earn a postsecondary education at the University of Alberta, earning her bachelor’s degree in sociology and anthropology in 1966.

After graduating from the U of A, she spent four years in Zambia, Africa, with Cuso International, helping with adult literacy and community development. Her work in Africa sparked a fire within to fight for human rights issues.

While in Zambia, she met the man who would become her husband, a South African named Jacob. Together they had two daughters and raised a grandniece as their own.

When she returned to Canada, she worked as executive assistant to Grand Chief George Manuel, and later became executive director of the National Indian Brotherhood, the forerunner of the Assembly of First Nations.

She helped create the World Council of Indigenous Peoples (WCIP) in the ’70s, bringing concerns of Indigenous people to the world stage. It was an accomplishment her friend, Rick Tailfeathers, says she deserves a lot of credit for.

“Her vision was to save the Indigenous cultures, language, through education.”

Tailfeathers first met Marule when she was a student at Cardston High School, and he remembers her excelling academically even then.

“She was much older than me, but I used to look up to her as a role model,” he said.

When Marule was chair of the Indian News Media society in the ’80s, Tailfeathers worked with her, publishing communications including the Kainai News.

“I’ve always had the greatest respect for her. I’m sure that’s shared by a lot of members of the Blood Tribe community.”

Marule later taught at the Nicola Valley Institute of Technology in Merritt, B.C. and was an assistant professor at the University of Lethbridge.

In 1995, Marule received a National Aboriginal Achievement award (now Indspire) for her work in education.

“Marie was very involved with post-secondary education, not only locally, but nationally and internationally,” said First Rider. “She was quite instrumental in the development of the education system and was a strong supporter of First Nations developing their own curriculum from an Indigenous perspective. She was a very accomplished person and she left an important legacy not only to her family, but to the Tribe as well.”

While they are related — First Rider’s grandmother was Marule’s aunt — they were also from the same clan (Fish Eaters) and worked together at Red Crow College. 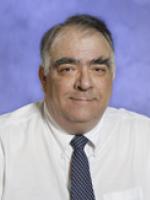 The University community offers its most sincere condolences to the family, friends, students and many colleagues of the late Dr. Don Birchfield, a professor of Native American Studies, award-winning author and champion of, and mentor to, numerous students.

Don served the Department of Native American Studies at the University of Lethbridge since 2001. He passed into the spirit world in the early hours of Friday, September 7, 2012. He will be greatly missed.

Don Birchfield was a graduate of the University of Oklahoma College of Law and a member of the Choctaw Nation of Oklahoma.

He served as book review editor for Studies In American Indian Literatures (SAIL), Native Americas, and News From Indian Country, and is a former editor of Camp Crier at the Oklahoma City Native American Center.

His Oklahoma Basic Intelligence Test (Greenfield Review Center, 1998) won the First Book Award For Prose from the Native Writers' Circle of the Americas, and his Field of Honor (U of OK P, 2004) won the Writer of the Year award from Wordcraft Circle of Native Writers & Storytellers and the Spur Award for Best First Novel from Western Writers of America.

His other books include Black Silk Handkerchief: A Hom-Astubby Mystery (U of OK P, 2006) and nineteen textbooks for children from educational publishers.

Don was a founding member of the National Advisory Caucus of Wordcraft Circle of Native Writers & Storytellers. He was General Editor of the eleven-volume Encyclopedia of North American Indians (Marshall Cavendish, 1997).

In 2007, he was the Distinguished Lecturer at the 84th annual convention of the Central States Anthropological Society. His most recent book, How Choctaws Invented Civilization and Why Choctaws Will Conquer The World (U of NM P, 2007), treats American history, American Indian law and policy, Choctaw history, and academe as objects of satire.