ARRTI invites all interested parties to the Canada Gairdner Symposium on November 14th and 15th, 2016 at the University of Lethbridge, titled:

(and everything in between) 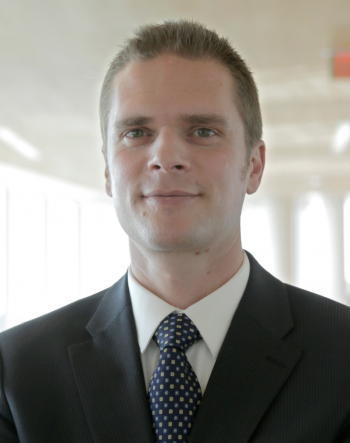 Dr. Barrangou earned a BS in Biological Sciences from Rene Descartes University in Paris, France, a MS in Biological Engineering from the University of Technology in Compiegne, France, a MS in Food Science from NC State, a PhD in Genomics from NC State and a MBA from the University of Wisconsin-Madison. He spent 9 years in R&D and M&A at Danisco and DuPont. Currently, Rodolphe Barrangou is an Associate Professor in the Department of Food, Bioprocessing and Nutrition Sciences at North Carolina State, focusing on the evolution and functions of CRISPR-Cas systems, and their applications in bacteria used in food manufacturing. Rodolphe is also an associate member of the Microbiology graduate program, the Biotechnology graduate program, the Functional Genomics graduate program, and the Comparative Medicine Institute. Dr. Barrangou is the T. R. Klaenhammer Distinguished Scholar in Probiotics Research, is a NC State University Distinguished Scholar, and the recipient of the 2014 NC State Alumni Association Outstanding Research Award. Recently, Rodolphe received the 2016 Warren Alpert Prize and the 2016 Canada Gairdner International Award. Dr. Barrangou is also on the Board of Directors of Caribou Biosciences, a co-founder and member of the Scientific Advisory Board of Intellia Therapeutics, and a co-founder of Locus Biosciences.

Clustered Regularly Interspaced Short Palindromic Repeats (CRISPR), together with associated sequences (cas) constitute the CRISPR-Cas system, which provides adaptive immunity against invasive elements in many bacteria and most archaea. Recently, the CRISPR machinery has been repurposed to drive the Cas9-enabled genome editing craze. Actually, the democratization of CRISPR-based technologies in the past three years hinges on the portability and functionalities of these molecular machines, and has revolutionized biology. I will look back on the historical milestones that have paved the way for the CRISPR era, and discuss the diverse applications that have impacted and continue to shape the field of Medicine, as well as Ag, Food and Biotechnology. Lastly, I will consider the impacts this transformative field has had on science and society.