The World According to Durga 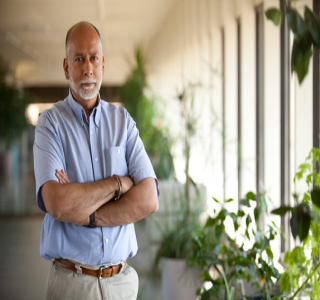 Religion affects all of us, regardless of our personal beliefs. Lying at the core of human understanding, religion has, and in many instances, continues to both reflect and shape culture, politics, and society. The discipline of Religious Studies uses a variety of methodologies to try to make sense of what Dr Hillary Rodrigues calls the “human religious response.”

Focusing his research on Hindu religion, Hillary strives to address the fundamental, yet elusive responses to how people answer the “big questions” in their lives—Why are we here? What is the purpose and meaning of life? What happens when I die?

After completing his undergraduate degree in chemistry at McGill University, Hillary spent four years travelling in South America and Asia. It was during this time that he discovered his real passion and decided to pursue his academic career in Religious Studies. “During my travels, I became more deeply interested in world culture and philosophical questions,” explains Hillary. “I found Religious Studies to be an area where I could bring these interests together.”

According to Hillary, an inadequate amount of research has been conducted on Durga since gods have traditionally been the focus of study rather than goddesses. “The idea of God being imagined as female is foreign to many of us in Western society,” Hillary explains. “When we think of goddesses we tend to think of them as part of ancient mythology. But goddesses are still widely worshipped in the Hindu tradition, and Durga is Hinduism’s Great Goddess.” 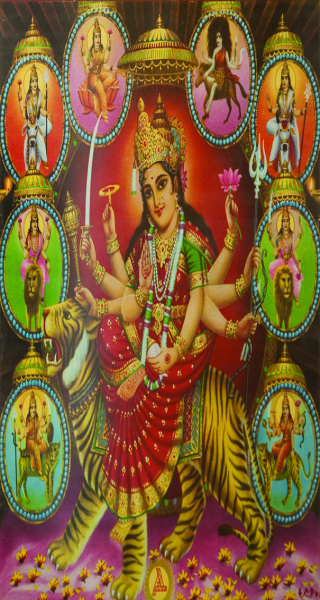 Durga’s rich and complex mythology has captivated Hillary, and she has become his primary research focus. He has written a book entitled Ritual Worship of the Great Goddess in which he discusses an elaborate worship ritual that takes place each year in Durga’s honour. Currently, he is attempting to understand the various ways in which individuals draw empowerment from Durga. Hillary conducts both textual and fieldwork-based research, using methodologies that stem from anthropology, sociology, and philosophy.

Although Hillary’s research is focused on India, it has definite implications for us at home. “Since Canada is a multicultural society, my work on Durga will enable us to understand more about the religious and cultural values of some of our fellow citizens,” Hillary emphasizes. “Such understanding, I hope, will diminish certain forms of prejudice and enable us to live with a greater tolerance and acceptance of, or even a connection with, each other’s diversity.”

Although misunderstood by some, aspects of Eastern religions have recently become of interest to many individuals in Western society. These individuals have begun engaging in traditional Eastern religious practices such as meditation, tai chi, and yoga, to name a few. Some travel to India to attend retreats and study at centres and hermitages known as ashrams, even though they may have no committed affiliation with any particular religion. Hillary has been researching this development. “Certain individuals are on a quest for a pivotal spiritual experience,” he explains. “I’m interested in how and why these individuals undergo these spiritual quests, as well as what they’re looking for—and whether or not they find it in Eastern practices.”

Hillary is also interested in the principles and practices of teaching religious studies. “Religious Studies is an often misunderstood discipline,” explains Hillary. “Many people think that we teach religion, when, in fact, we study and teach about religions, both Eastern and Western, by examining the histories of their developments, trying to understand their beliefs and practices, and comparing and contrasting their perspectives. I have been working on various textbooks that can instruct university students about World Religions, Hinduism, and the discipline of Religious Studies.” These include World Religions: A Guide to the Essentials, Introducing Hinduism, and Introduction to the Study of Religion. Hillary is currently busy editing a new series of textbooks called Studying Religions in Practice.

Hillary draws support from the University of Lethbridge for his research. The university offers funding opportunities for faculty members to attend conferences, allowing them to interact with other scholars in their respective fields and present their research to their academic peers. The university also offers internal grants to kick start research. Of particular use for Hillary is the university’s membership in the Shastri Indo-Canadian Institute, an organization that supports research and understanding between Canada and India. This gives him access to a wide variety of books published in India: the home of Hinduism, and the goddess Durga.

Over and above his work on Durga and undergraduate learning materials, Hillary’s Religious Studies research is of great significance to Western society as a whole. “The dark side of religion has become front and centre since September 11th, 2001” says Hillary.

“It’s important to try to understand what people’s beliefs are and how they may affect us, both locally and globally. It’s also essential to realize that although the religions of others may initially strike us as unusual and difficult to understand, those beliefs provide people with meaning and direction in their lives. Unfortunately, there are always small segments of people within any society and any major religious tradition, who resort to violence, oppression, and the abuse of power. But to paint everyone within those societies or religions with the same brush is clearly folly. Ignorance tends to nurture fear, and intolerant attitudes and behaviours within our own communities. Religious Studies research and teachings help to broaden our understanding of those who hold other beliefs, leading us—we hope—toward a more charitable, more peaceful society.”