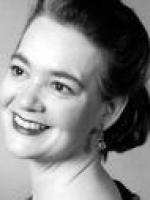 Janet Youngdahlis a specialist in early music for the voice, from the perspective of a solo singer, historian, and a choral conductor. She has toured with the ensemble for Medieval music Sequentia throughout Europe and North America. She appears as a soloist on seven recordings with this ensemble with Deutsche Harmonia Mundi / BMG. In concert, she has appeared at the Lincoln Center Festival in New York City, the Proms in London, the Melbourne Festival in Australia, and in concerts in Amsterdam, Paris, Florence, Cologne, Stockholm, San Francisco, Boston and Chicago. Baroque music credits include many concerts with the Baroque ensemble Cecilia’s Circle.A recent recording for Centaur Records features cantatas by 18th century composer Elizabet Jacquet de la Guerre with baroque violin, viola da Gamba and harpsichord. This ensemble will appear at the national meeting of the American Musicological Society in 2008. Other Baroque work includes several recordings for the Toccata Record label with lutenists Victor Coelho and David Dolata. Appearances in Baroque operas include Dido and Aeneas with Christopher Hogwood and The Fairy Queen with both the Edmonton Symphony Orchestra and the Calgary Philharmonic. Appearances in standard works as a solo soprano include numerous performances of Handel’s Messiah, the Brahms’ Requiem, Carl Orff’s Carmina Burana, the Mozart Requiem, the Durufle Requiem and Beethoven’s 9th Symphony. 20th Century work includes premiers of many works by William Jordan, and a New York City staged performance and recording of Ezequiel Viñao’s Arcanum for soprano and chamber orchestra. This work combines early music vocal style and 20th century extended vocal techniques, and is available on the BIS record label (Sweden). A recent residency at the Banff Centre allowed extended time to prepare a concert and recording with Jeremy Brown, saxophone, on the works of Henry Cowell and his contemporaries. As a conductor, Dr. Youngdahl has worked with many choral organizations including Spiritus Chamber Choir, the Calgary Philharmonic Chorus, Voice Scapes and the Calgary Bach Festival Society. Concert repertoire has spanned the centuries and has included performing works in many styles and languages including Russian, Persian and Urdu. Many concerts have been conducted with both chorus and full orchestra, including Handel’s Messiah and the Bach Christmas Oratorio. 20th century conducting repertoire has included several commissions for new Canadian choral works by Allan Bevan, Wiliam Jordan and Katherine Chomik, and the Canadian premier of a significant work by Christos Hatzis. Academic papers on the sacred songs of Henry Purcell have been presented at several conferences including the Canadian University Musical Society and the Society for Seventeenth Century Music. Lecture-recitals on Barbara Strozzi, Elizabet Jacquet de la Guerre and Clara Schumann have been presented at two of the national meetings of the American Musicological Society.