Although the COVID-19 pandemic has made it difficult to celebrate the rich diversity on our campus, this year, the University of Lethbridge has an opportunity to be a part of not only celebrating but honouring the many voices of our 2SLGBTQ+ students. Read more 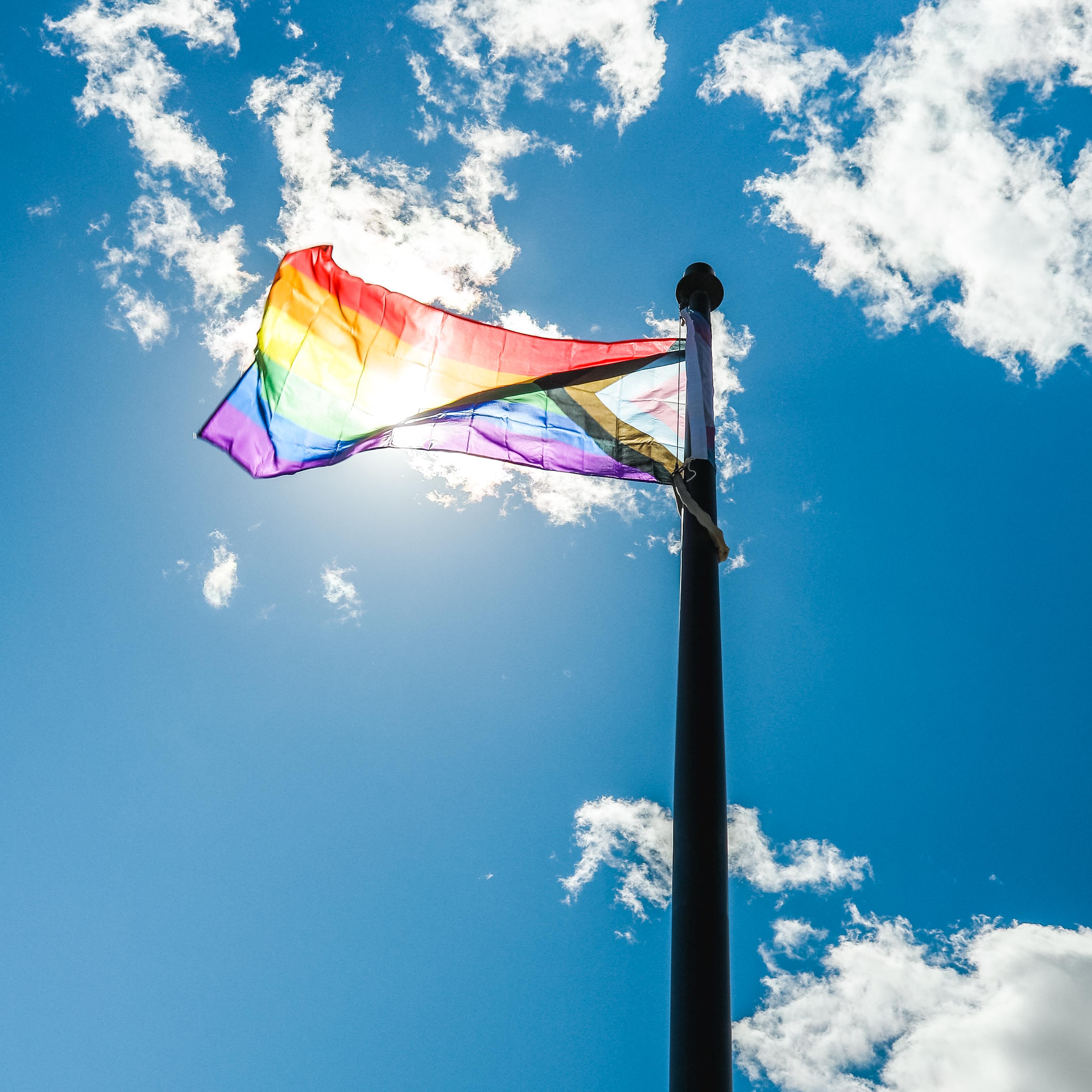 Thank you to everyone who took part in raising the Progress Pride Flag. Watch Live StreamCheck out the photo Gallery

Prep for Pride with the GSA

What is Pride month?

Pride month is a celebration of the diversity of the 2SLGBTQ+ communities within Canada and internationally. It is also an acknowledgment of 2SLGBTQ+ history and a continued recognition of the achievements of queer and trans individuals and groups. During Pride, the 2SLGBTQ+ community seeks to engage in celebration while also raising awareness of the vital work that remains in the fight for the rights of all queer and trans individuals.

Did you know that the very first pride parade in Canada was held in Toronto, nearly three years after the stonewall riots in New York in 1969? This event marked a historic moment for the fight for equality for the 2SLGBTQ+ communities.

Why do we celebrate Pride month?

The University of Lethbridge, as part of its continued work to create a safe, inclusive and equitable campus for all students, staff and faculty, will be doing its part to recognize the importance of this month. It is about creating spaces for brave conversations to discuss and address the systemic inequities that impact the lives of the ULethbridge 2SLGBTQ+ campus community.

Doing the work to make our campus inclusive and better for all starts by calling out behaviours and becoming active allies. Through taking time to listen, educating ourselves and those around us, and speaking out against the discrimination and exclusion of queer and trans folks, we can all engage in meaningful and active allyship.

What does 2SLGBTQ+ mean?

What does being an ally mean?

Ally is not included in the 2SLGBTQ+ acronym, as an ally is not an identity, but an action. While it can make allies feel more included, ally is a quality that is chosen and can be as visible or invisible as desired. An ally supports 2SLGBTQ+ people and communities and educates themselves about the inequities faced by queer and trans communities. Allies speak out about these inequities and advocates for change at structural and individual levels.

Allies do not face the same systemic and structural inequities that trans and queer communities do. Allies have the privilege and power to uplift and support 2SLGBTQ+ initiatives but must do so in a way that centres 2SLGBTQ+ communities and does not impose further violence on them. 2SLGBTQ+ spaces are meant to be safe and supportive for individuals, and allies must be mindful of this when interacting with this space.

The term ally is an active verb, rather than an identity to foster good feelings within oneself without doing the associated work of allyship. Being an ally is not meant to be easy or superficial; it involves deep, difficult and ongoing meaningful engagement with 2SLGBTQ+ communities.

How can we create a welcoming environment for 2SLGBTQ+ staff, students and faculty?

It is important that 2SLGBTQ+ communities see physical signs or symbols that lets them know a place is safe. Using pride flags or buttons or posters in spaces can indicate this. Use language and behaviors to affirm a person’s identity and autonomy. It is also vital that we accompany these visible symbols with visible actions, such as utilizing best practices to ensure 2SLGBTQ+ students feel welcome, included and safe on campus and that their voices are heard on the issues that impact them.

One way that staff and faculty can engage in this work is to ensure that we are using the correct name for our students. This includes learning where to find a student’s “preferred” name if they have elected to chose one for our class lists, emails, and conversations. We can also help students who wish to be addressed by a name that is not their legal name locate information on how to legally change their name or register a chosen or “preferred” name. By prioritizing using the correct name and pronouns for our students and staff, we can take important steps towards a more inclusive and welcoming campus.

Why do we use pronouns?

Everyone uses pronouns, it is not limited to trans folks! Pronouns are how we refer to one another when we are not using a name, such as she/her or he/him. Having an awareness that some individuals utilize different pronouns than we are used to (such as they/them or

they/she) or that we cannot assume someone’s pronouns based on physical appearance are ways we can help foster inclusive spaces for queer and transgender students and staff.

As allies, we can share our pronouns (such as in our lectures, email signatures and Zoom nametags) to normalize the practice of sharing and asking for pronouns to foster inclusive spaces and conversations. Using pronouns is a way of respecting and honoring an individual’s identity. Pronouns could be gender-specific or gender-neutral. If you are not sure what are someone's pronouns always start the conversation by introducing your own. Remember, no one has to share their pronouns.

Canadian Encyclopedia on Pride in Canada

About the Progress Pride Flag