Music at Noon presents: A Musical Immersive Comprovisation with Kaon'CPT 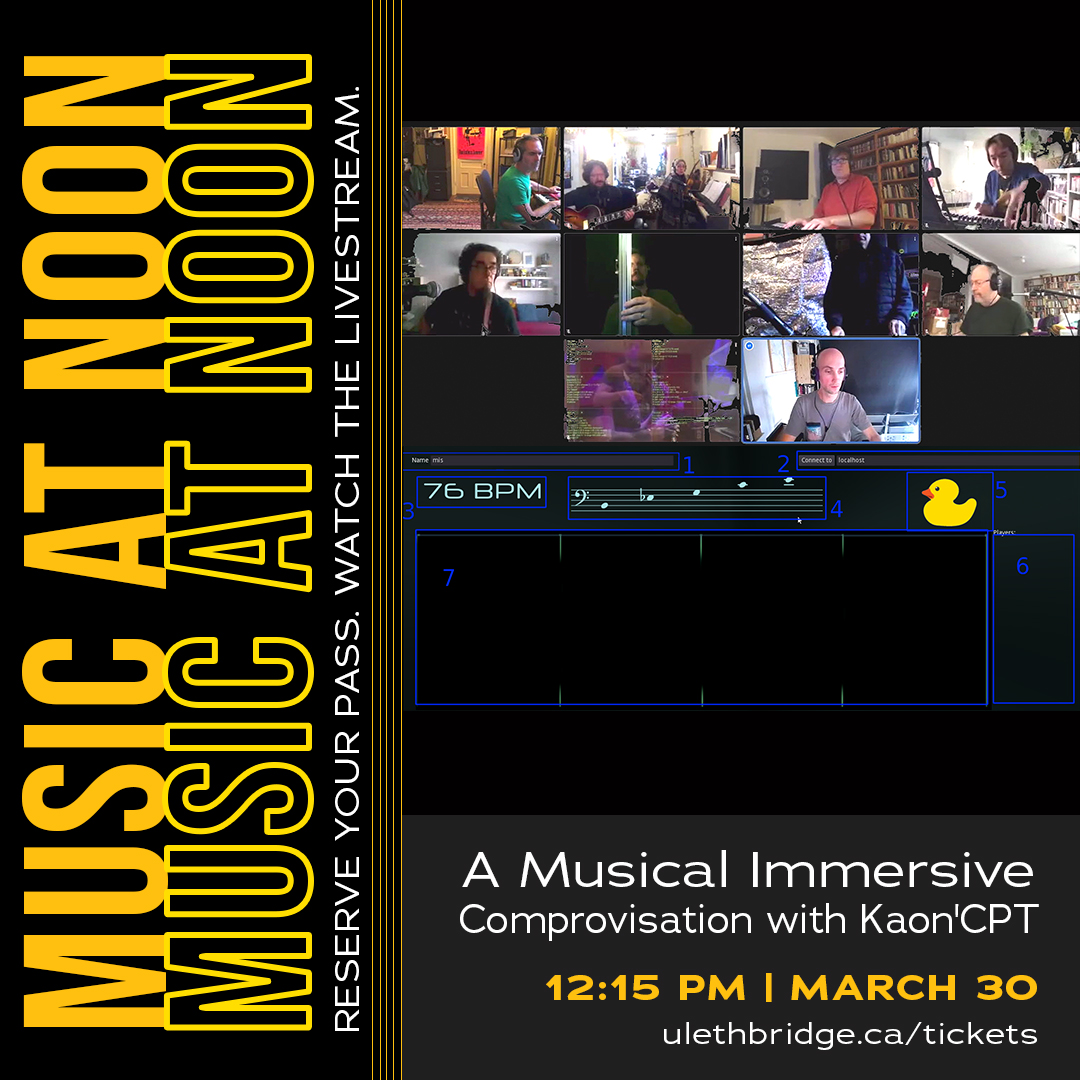 Please reserve your pass at: uleth.ca/tickets. Registration is required as we need to provide you with secure access information prior to the start of the event.

Join an international collective of artists spanning the globe, from Sendai [Japan] to Seattle [Washington State] and within Canada, from Montreal to Lethbridge. Pull out your virtual reality gear for Mozilla's Hubs or join us on Twitch. Music for acoustic and virtual instruments, and live algorithmic composition.

Hubs will be the main, immersive, venue for this event. Capacity is 25 avatars. Additional audience may experience the concert by listening from the Hubs lobby or by following the performance streamed on Twitch.

Kaon'CPT
The Kaon'CPTs is an ephemeral band dedicated to flip along several time realities. Undecided, their action oscillate, alternate from physical to virtual, hesitate between now, before and later. Previous activities include synchronised networked music, implementing timecode-based behaviours and listening to buffer underflows in interactive cyber worlds. Actually, nothing periodically unusual can affect Kaon'CPT's conservation of entropy. The core members, mostly research members of the Metalab at La Société des arts technologiques, Montreal, have been operating music together at previous occasions, including collaborations with scientists (The Melatab, at Network Music Festival in 2013) and unmanaged kids (Gaping Fools, since 2007 in garages, caves and living-rooms). https://kaoncpt.gitlab.io

FREE! Reserve your free pass to attend: uleth.ca/tickets
PLEASE NOTE: THIS LIVESTREAM EVENT WILL BE RECORDED.