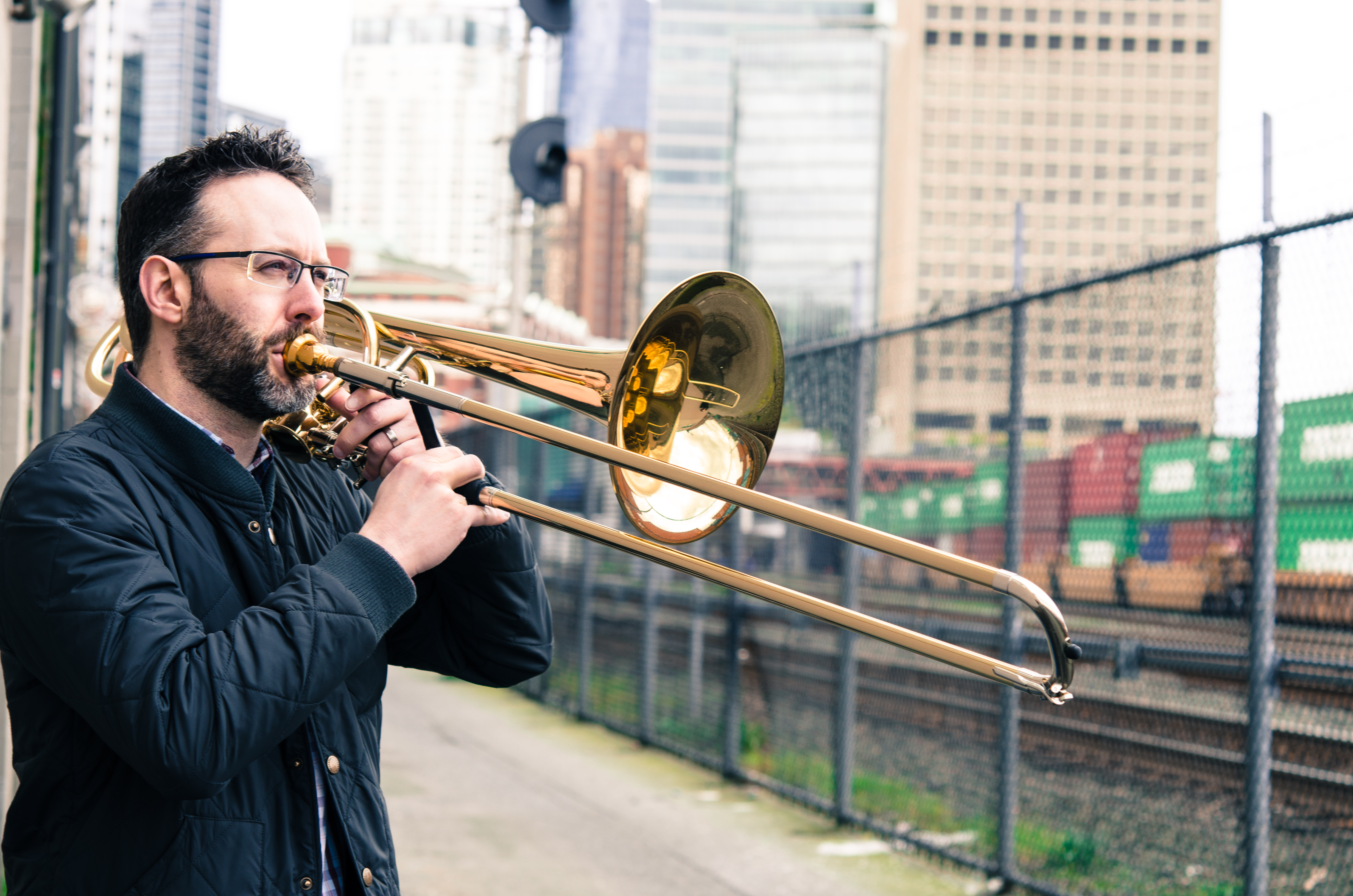 What's the difference between a chain saw and a bass trombone?  Vibrato!

There are so many jokes that it is hard to escape the stigma, and the bass trombone still carries a bad rap: that loud, boisterous instrument in the back row of the orchestra.  Gentle and graceful are not words generally associated with the bass trombone, especially by people sitting in front of it!

Nick Sullivan is working to change that reputation, while continuing to embrace the trombonist's love of playing loud!  Over the past few years, the bass trombone has been employed as a solo instrument by a number of composers, showcasing the subtle and beautiful sounds that the instrument is equally capable of displaying.  From Latin dances to English art song, low and powerful to soft and floating, Nick will perform works that both reinforce and break the stereotypes surrounding the bass trombone.

Nick has a passion for brass chamber music, and has performed in numerous chamber music settings. In 2007, his quintet was featured in the Canadian première performance of Eric Ewazen’s Shadowcatcher, a concerto for brass quintet and wind orchestra. He is a founding member of Aeris Brass (formerly the U of L Faculty Brass Quintet), as well as the Southern Alberta Trombone Collective (SATbC).

As a soloist, Nick enjoys searching for new music for the bass trombone and has a keen interest in vocal works transcribed for low brass, in addition to performing from the standard repertoire of low brass literature. He has been featured as a soloist with both the University of Lethbridge Wind Orchestra and the Lethbridge Symphony Orchestra. Active as an orchestral musician, Nick has worked with orchestras across Canada and presently performs with the Lethbridge Symphony Orchestra.

Away from his trombone, Nick is an avid runner and can also be found working away in his garden or tending to his collection of Bonsai trees. Years of counting rests in the trombone section have given him a reserve of patience required to care for his miniature trees!