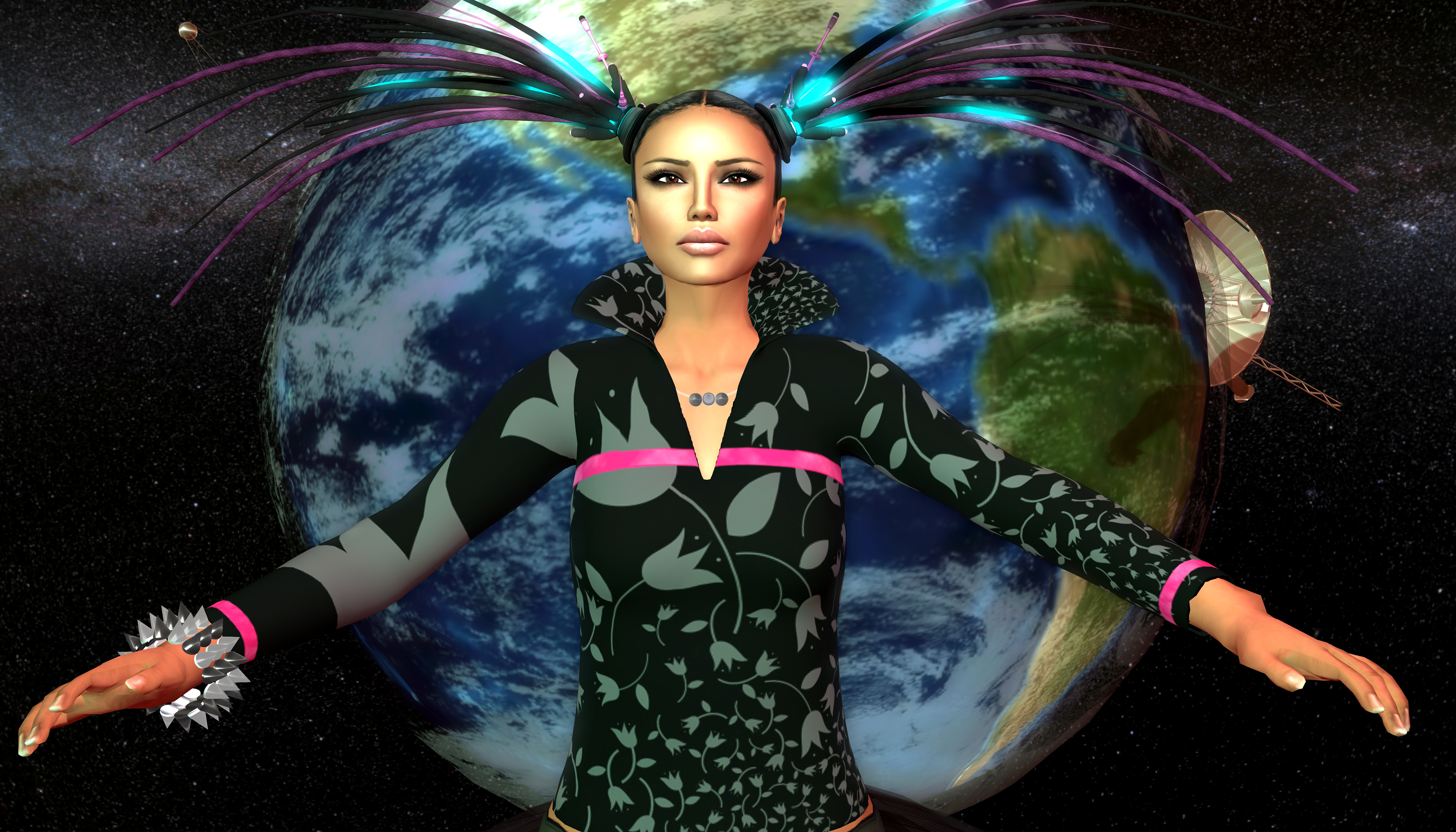 Skawennati 's early adoption of cyberspace as both a location and a medium for her practice has led to groundbreaking projects such as CyberPowWow, an early on-line gallery and mixed-reality event, and TimeTraveller™, an Indigenous futurist machinima series.  From her perspective as an urban Mohawk woman and as a cyberpunk avatar, she will present an overview of her practice, starting with her origin story and concluding with her most recent work.

Skawennati makes art that addresses history, the future, and change from an Indigenous perspective.  She is best known for her machinimas—movies made in virtual environments—but also produces still images and sculpture. Her groundbreaking new media projects include the online gallery/chat-space and mixed-reality event, CyberPowWow (1997-2004); a paper doll/time-travel journal, Imagining Indians in the 25th Century (2001); and the machinimas TimeTraveller™(2007-2013), She Falls For Ages (2017) and The Peacemaker Returns (2017).  These have been presented in Italy, Germany, New Zealand, Hawaiʻi, Ireland, China and across North America in major exhibitions such as “Now? Now!” at the Biennale of the Americas; and “Looking Forward (L’Avenir)” at the Montreal Biennale. Her award-winning work is included in both public and private collections including the National Bank of Canada, Eiteljorg Museum of American Indians & Western Art, Global Affairs Canada and the Montreal Museum of Contemporary Art.

Born in Kahnawà:ke Mohawk Territory, Skawennati is Kanien'kehá:ka of the turtle clan. She holds a BFA from Concordia University in Montreal, where she resides. She is Co-Director, with Jason Edward Lewis, of Aboriginal Territories in Cyberspace (AbTeC), a research network of artists, academics and technologists investigating, creating and critiquing Indigenous virtual environments. She also co-directs their Skins workshops in Aboriginal Storytelling and Digital Media. In 2015, AbTeC launched IIF, the Initiative for Indigenous Futures; Skawennati is its Partnership Coordinator.

Image: Skawennati, Still We Give Thanks, machinimagraph, 2018. Image courtesy of artist.

We acknowledge the support of the Canada Council for the Arts, which last year invested $153 million to bring the arts to Canadians throughout the country.

Can't make it to campus for the lecture? Catch the livestream at Casa in the ATB Financial Community Room.