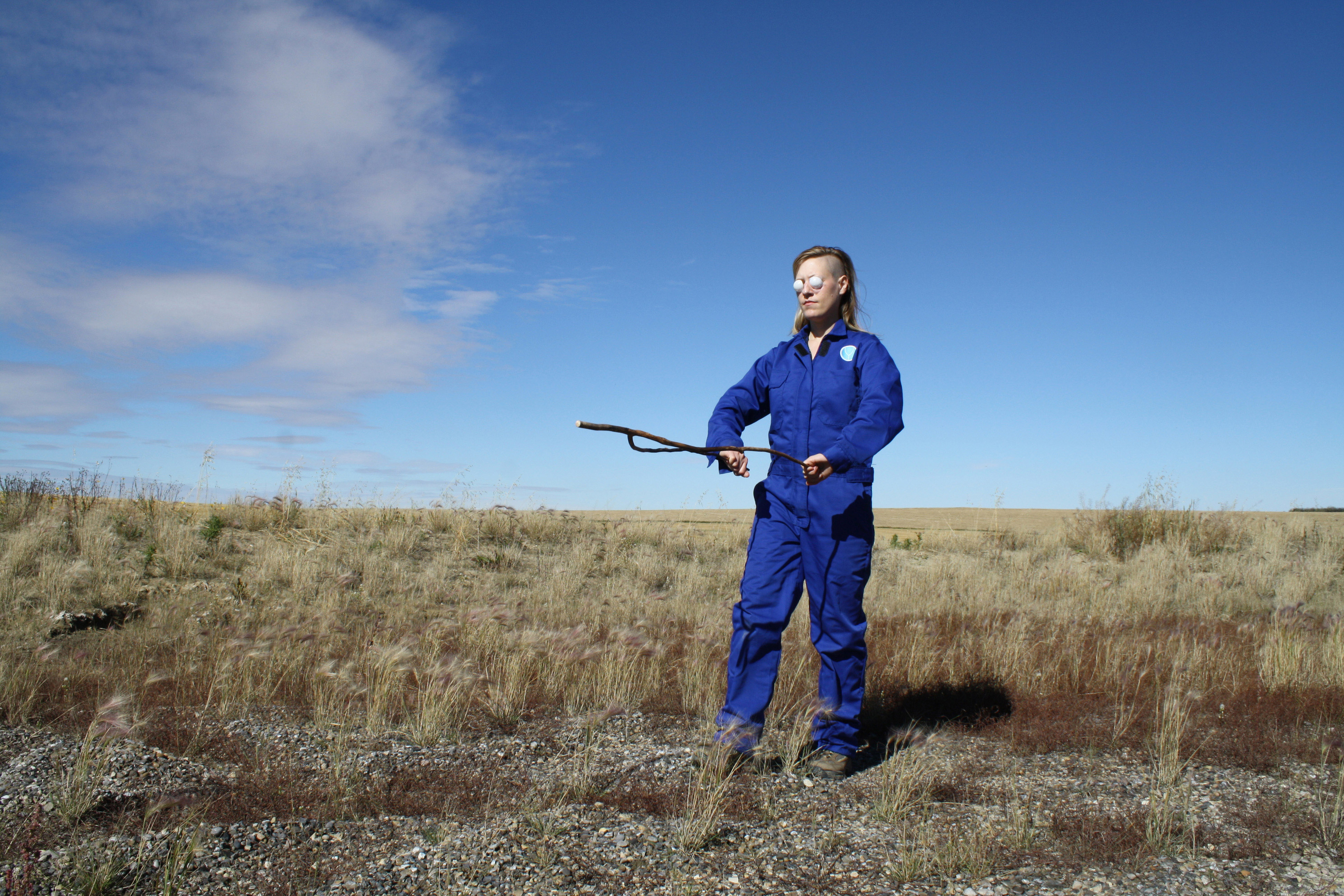 Alana Bartol comes from a long line of water witches. In 2013, she learned that her mother’s family had been known for their water-witching abilities in Nova Scotia. Using a willow branch or copper rods, in communication with unseen forces, they would locate ground water. Dowsing (also known as water-witching), is a form of divination traditionally used to locate ground water, oil, mineral ores, sites, lost objects, and information. While the practice of dowsing is often discredited as pseudo-science, the use of this technology still persists.

Over the past 5 years, Bartol has been exploring dowsing as an aesthetic practice, one that might shift the ways in which we understand our relationships to water, land, and the more-than-human world. Her recent work re-imagines dowsing as a technology for remediation. Orphan Well Adoption Agency is a fictional not-for-profit organization that employs dowsing as a method of communication with sites contaminated by the oil and gas industry. In this work, the OWAA investigates how dowsing might shift our relationships to natural resources, while examining remediation, care, and the reliability of information.

Recent and upcoming projects include we cannot fathom the depths of our shadows created during a residency at Eastern Edge Gallery (St. John’s, NL), A Woman Walking (the City Limits) created for M:ST Performative Arts Festival (Calgary) now touring through Alberta Foundation for the Arts Travelling ExhibitionProgram; her ongoing project Orphan Well Adoption Agency, and a residency with the Canadian Armed Forces (summer 2019). Bartol currently lives on Treaty 7 territory in Calgary where she teaches at Alberta College of Art + Design.

We wish to thank the University of Lethbridge Art Gallery for their collaboration in making Alana Bartol's presentation possible.
Can't make it to campus for the lecture? Bring your lunch and check out the livestream at Casa.