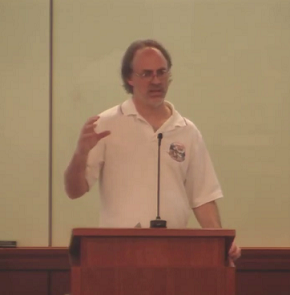 Dr. Yale D. Belanger is a leading scholar of Indigenous Studies. He is currently a Professor of Political Science in the Faculty of Arts and Science at the University of Lethbridge. He is a member of the Royal Society of Canada, College of New Scholars, Artists, and Scientists. He is also a Research Affiliate of the Prentice Institute for Global Population and Economy. His research breaks new ground in the understanding of First Nations’ gambling enterprises, urban Aboriginal policy, and the role of federal housing policy in addressing homelessness among Aboriginal peoples. His doctoral work at Trent University focused on the emergence and evolution of Aboriginal political organizations in late 19th- and early 20th-century Canada. One area he is currently working on is the water issues in southern Alberta and reconciling different political and legal environments concerning the two rivers that cross the Canada-United States border.

Dr. Belanger’s scholarly monographs, refereed papers, textbooks, technical reports and public engagement have all made important contributions to policy, scholarship, and community. He has contributed to the Canadian and international media, having appeared on the Aboriginal Peoples Television Network (APTN) National News serial Contact, The National with Peter Mansbridge, CBC Radio International, and in The Globe and Mail and The National Post, among others.

Dr. Belanger came to academia from journalism. He is an alumni of the University of Lethbridge along with his wife, Tammie-Jai. They have enjoyed the move back to Lethbridge with Loki, Etta, and Walter their dogs.