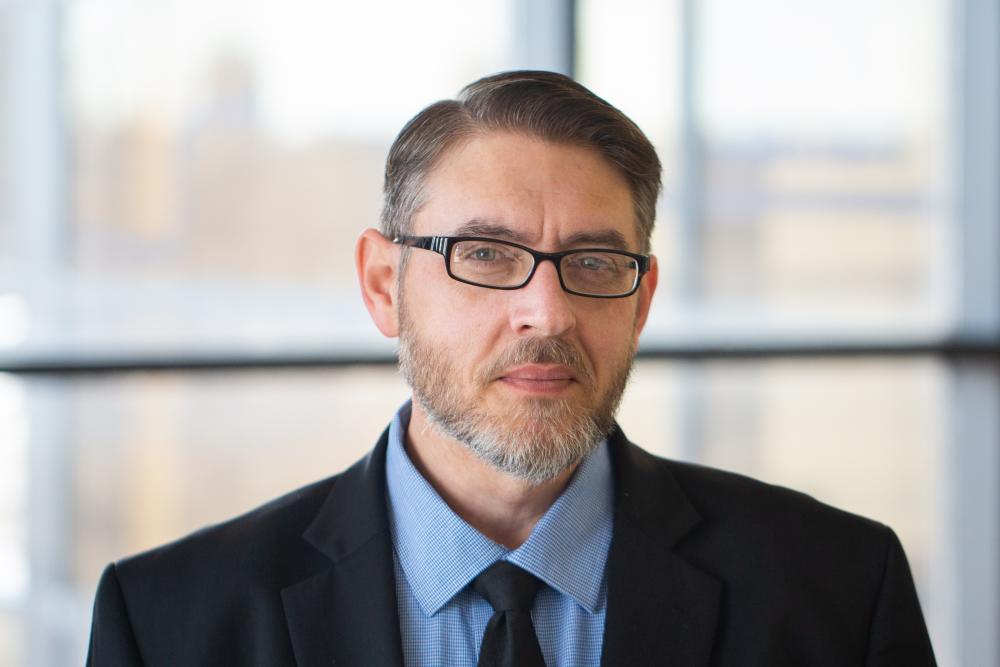 With a wide variety of experience as a director, screenwriter, editor and producer, Professor Deric Olsen has a creative practice that spans many facets of the production of dramatic narrative cinema. His filmography includes, Common Chord (2013) and The Phoenix Agenda (2006) and he is developing the feature-length thriller Threshold Effect and the cinematic web series Zenith.

His films have been official selections at national and international film festivals and his accolades include some prestigious individual awards, most notably the Les Kimber Award for Best Direction from the Director's Guild of Canada - Alberta Council together with the Best Director (Drama over 60 minutes) Award at the 2007 Alberta Film and Television Awards for his work on The Phoenix Agenda. He was nominated in four categories at the 2014 Alberta Film and Television Awards including Direction, Screenwriting, Editing, and Producing for his work on Common Chord.

Olsen holds a Master of Fine Arts degree from the Department of Film at the University of Regina and teaches courses in digital video production, cinematography and lighting, post-production and visual effects, and narrative production techniques at the University of Lethbridge. His courses take a comprehensive, flexible approach to production methodology and provide a foundation of theory and practice that enable students to develop into creative visual storytellers.

Olsen is a member of the Academy of Canadian Cinema and Television, the Alberta Media Production Industries Association, and is a lifetime member of the Digital Cinema Society. He has previously served as Chair of the Department of New Media, Chair of the Graduate Programs in Fine Arts Committee, Associate Dean and Interim Dean of the Faculty of Fine Arts at the University of Lethbridge.